Cardinal Onaiyekan: Christians and Muslims united against violence in Nigeria 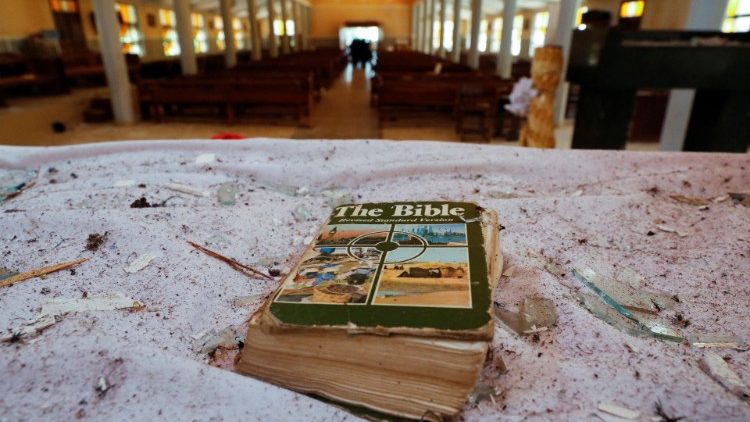 Nigerian Cardinal John Onaiyekan reacts to the shooting at a Church in his country on Sunday which killed over 50 people. He decries systemic impunity and the government’s lack of capacity to enforce security, but reiterates the role of interreligious dialogue in paving the way to peaceful coexistence.

“What happened yesterday is all over the press in Nigeria,” says Cardinal Onaiyekan and everyone is shocked and unanimously condemning what has happened.

Pope Francis immediately expressed his own grief on Pentecost Sunday for the victims of the attack in the town of Owo in the country’s southwestern Ondo State, where gunmen opened fire on worshippers in the Church of St. Francis Xavier, killing at least 50 people, including children.

In his message on Sunday evening, the Pope also said he is praying for the country, “painfully attacked at a time of celebration.”

Speaking on Monday to Vatican Radio, Cardinal Onaiyekan noted that the attack is only the latest in a long series of violent episodes in which innocent people have been killed.

No Nigerian group has defended the attack

“This particular one yesterday on the Feast of Pentecost was particularly shocking,” he said noting that not a single group in Nigeria has supported or defended what happened.

Listen to the interview with Cardinal John Onaiyekan

The Cardinal went on to explain that efforts have been made to “avoid what they call profiling: We should avoid saying this is Fulani Muslims killing Catholic Christians.”

Of course, he continued, when an attack is perpetrated against a church on Sunday, it is practically impossible to avoid people “having a sense of feeling that they are attacked because they are Christians.”

Whatever the reason for the attack, he added, this kind of thing “does not help in the efforts we are making for Christian-Muslim good relations in Nigeria,” although this is not going to stop our efforts which continue.

“We know that the only solution to the problem is that Christians and Muslims join hands and face these criminals together.”

The Cardinal confirmed that as yet, the identity of the attackers is not known, but he revealed that eyewitnesses have said that they were Muslim herdsmen.

Lack of trust in government

The government and civil authorities, he continued, are asking citizens not to rush to conclusions but to wait for their investigation.

“We are waiting, but we don’t want to wait forever.”

Unfortunately, Cardinal Oneiyakan said there is very little trust in the efforts authorities say they are making and very little confidence in their ability to conduct a proper investigation.

There have been many cases in the past, he explained, where the government has come out, condemned what has happened, promised to pursue the killers… “and then nothing happens!”

“And we are waiting. It is terrible. It should not happen in any nation,” the Cardinal continued, decrying widespread impunity in Nigeria.

What’s more, he concluded, even though Nigerian leaders are clearly “unable to perform,” as we speak they are campaigning to be re-elected, to return to power and continue with the same government.

“I hope that the election might make a difference.”

Pope: Dialogue is the alternative to fragmentation and conflict