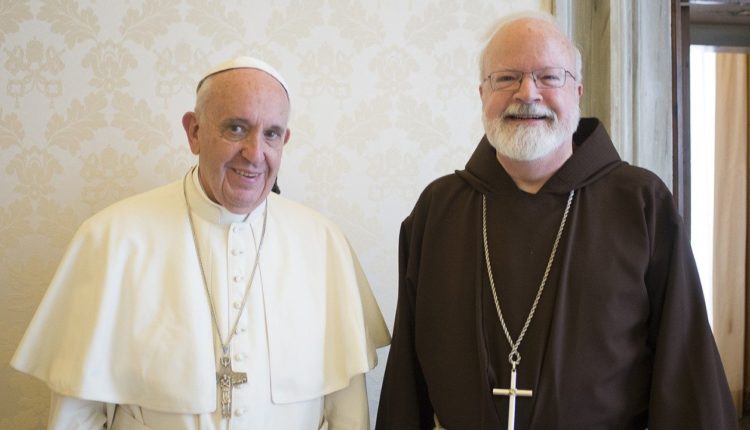 Cardinal O’Malley posts a video message on the website of the Archdiocese of Boston in response to the Pennsylvania Grand Jury report calling for “accountability and consequences” for Church leadership.

Cardinal Sean O’Malley, Archbishop of Boston and head of the Vatican Pontifical Commission for the Protection of Minors, posted a video message on the website of the Archdiocese of Boston in response to the Pennsylvania Grand Jury report. The video was posted on Saturday just days before Pope Francis released a letter to the People of God in response to the ongoing clerical abuse crisis.

Cardinal O’Malley said that “words fail” for the situation the Church in the US is facing. He said that hearts are “wrenched” as we yet again hear of the “devastating pain experienced by survivors”, and

we remain shamed by these egregious failures to protect children and those who are vulnerable and affirm our commitment that these failures will never be repeated.

Cardinal O’Malley acknowledges that many perpetrators have been made accountable for their crimes. However, he also admits that the Church has yet “to establish clear and transparent systems of accountability and consequence for Church leadership whose failures have allowed these crimes to occur”. He also said that all who participate in the Church’s mission must “embrace spiritual conversion” and that “legal transparency and pastoral accountability” must be demanded of them.

“Immediate action” must be taken, the Cardinal continues, because “the clock is ticking”. He then states that both Catholics and civil society have lost patience and confidence in “Church leadership”, but adds that he is hopeful that the failures of the past can be corrected. He calls on the Church “to help people not to lose hope”, and said that it is often “survivors and victims who courageously teach us that we cannot lose hope”.

The Cardinal acknowledges that “the crisis we face is a product of clerical sins and clerical failures” and can only be addressed with the “involvement and leadership of lay men and women in our Church, individuals who can bring their competence, experience and skills to the task we face”. Cardinal O’Mally concluded saying that only by recognizing the reality it faces, can the Church