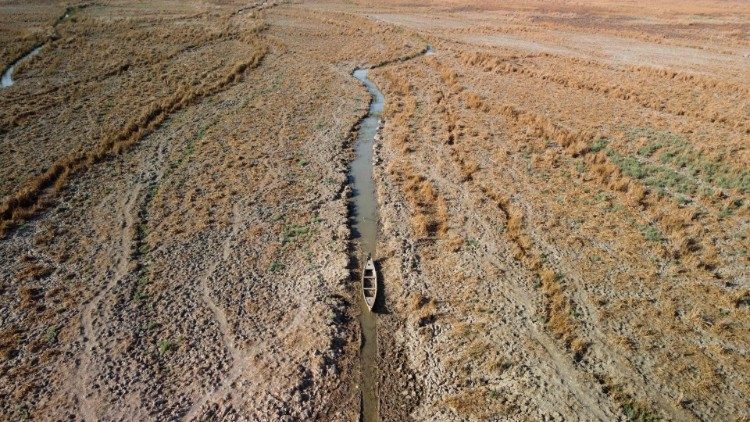 The Prefect of the Dicastery for Promoting Integral Human Development sends a video message to participants in the Second Latin American International Congress on Climate Change and Biodiversity in Buenos Aires, Argentina, focused on local governments’ climate action in the region.

The current climate and biodiversity challenges can best be addressed by involving local governments that are closest to the communities most affected by the consequences of global warming and of the destruction of biodiversity.

Cardinal Michael Czerny, the Prefect of the Dicastery for Promoting Integral Human Development, reiterated this point today in a video message addressed to participants in the Second Latin American International Congress on Climate Change and Biodiversity.

The Latin American International Congress on Climate Change and Biodiversity

The event is hosted by the Pontifical Catholic University of Argentina (UCA) in Buenos Aires, ahead of the COP-27 annual Summit on climate change, and the COP-15  on biodiversity to be held, respectively, in Sharm El Sheikh, Egypt, from  6 -18 November 2022, and in  Montreal, Canada, on  December 7-19, 2022.

Experts and political leaders from across Latin America will examine possible strategies for an integrated climate action of local governments in the region; identify their strengths and weaknesses, risks and opportunities, and focus on the importance of education to sensitize and involve citizens at grassroots level on these crucial issues.

The experience of local communities

In his video message released at the opening of the gathering, Cardinal Czerny expressed his support for this approach, which is in line with Pope Francis’ vision summarized in his Encyclical letter “Laudato sì” on the Care for our Common Home.

“To talk about the role of local governments in climate action – he said – means focusing on the concrete experiences of approaching, accompanying and listening to the vulnerabilities of human beings and territories that suffer exclusion from the definition of public policies, regulatory frameworks and from direct financial support”.

“At the same time – he added – paying particular attention to local governance interventions means giving prominence to those who are often closest to the least in our societies who have relentlessly and silently endured the consequences of the loss of biodiversity”.

In this regard the Prefect of the Dicastery for Promoting Integral Human Development recalled that in “Laudato sì” Pope Francis emphasized the need to involve and value the experience of local communities, including Indigenous peoples, to address the current global environmental crisis.

“The Holy Father tells us not to focus our attention exclusively on interstate negotiations, and to consider the environmental issues and economic development comprehensively, placing greater emphasis on local policies, on actions closer to those who suffer the most. ”

The role of education

Cardinal Czerny finally expressed appreciation for the focus given by the Congress to education in this field, emphasizing the importance highlighted by Pope Francis of “cultural biodiversity”.

“Education and respect towards the peoples who live closer to the land empower the most vulnerable and make them more aware so as to build a new citizenship that has at its heart the care of the common home and creation. This is in line with the idea of integral ecology aimed at the conservation of natural and social biodiversity, allowing small economic realities to continue to exist, through preserving cultural ‘biodiversity’.”