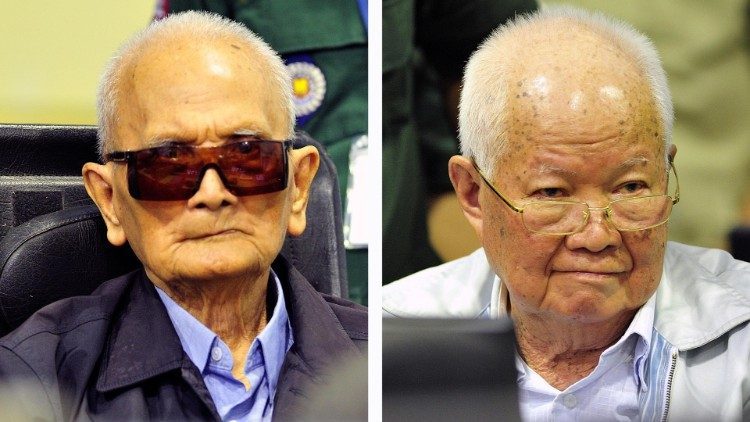 Nearly two million men, women and children, died at the hands of the Khmer Rouge regime during its brief but barbaric rule of Cambodia at the end of the 1970’s.

The Khmer Rouge was a radical Maoist led movement that targeted mostly Cham Muslims and ethnic Vietnamese for mass execution. The horrors of the regime were graphically depicted in the 1984 award-winning movie, “The Killing Fields”.

This week’s guilty verdict is the first official ruling by an international tribunal that recognizes these crimes as “genocide”. According to international law, genocide includes the “intent to destroy, in whole or in part, a national, ethnic, racial or religious group”.

In order to move on

The two men are Nuon Chea, deputy of infamous Khmer Rouge leader, Pol Pot, and Khieu Samphan, who was Cambodia’s head of state at the time.

They are, respectively, 92 and 87 years of age. Both have been found guilty of crimes against humanity, murder, enslavement, and torture.

They are already serving life sentences for all of the above, and are two of only three people convicted by the tribunal which was first convened in 2006.

The verdict is important because it is likely to be the last conviction of its kind. Cambodians say they want to move on and that it’s time to shed their country’s image as “The Killing Fields”.