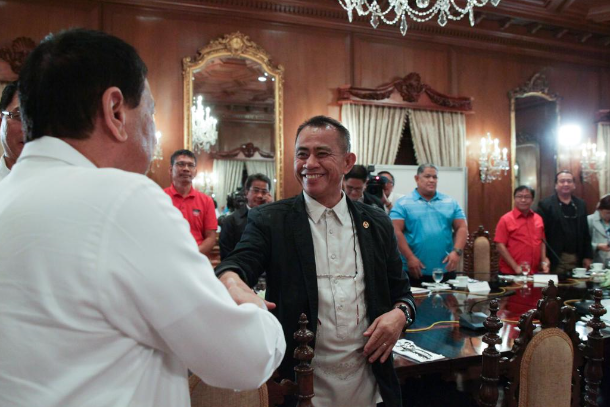 A Manila bishop has expressed regret over the decision of President Rodrigo Duterte to dismiss a top labor official for allegedly failing to put a stop to workers’ strikes.Auxiliary Bishop Broderick Pabillo of Manila said the president’s decision to fire Joel Maglunsod was “very unfortunate” because the official understood the plight of workers.The prelate, who heads the Commission on the Laity of the bishops’ conference, said Duterte had distanced himself even more from the cause of ordinary workers.”Joel Maglunsod is really pro labor,” Bishop Pabillo said. “He is the hope of many organized labor groups to defend their cause.”The presidential palace said in a statement that the decision to fire Maglunsod, who served as undersecretary in the Department of Labor, was due to workers’ strikes.”[Duterte] thinks that strikes are unproductive and of course it was the context why he said he wanted [Maglunsod] out,” said presidential spokesman Harry Roque.Maglunsod, who used to head the labor center May First Movement, said he was surprised by the president’s decision.”This is part of [Duterte’s] crackdown against the labor movement that leads to growing strikes and protests against [his] failed promise to end contractualization,” said labor leader Elmer Labog.Labog said the more than 130 notices of strikes filed before the National Conciliation and Mediation Board are “reflections of the worsening state of Filipino workers under Duterte.”Other labor groups expressed indignation over the president’s decision.Josua Mata of Sentro said Maglunsod is the “closest ally” of workers in the government.Renato Magtubo of Nagkaisa Labor Coalition said Maglunsod “has bridged the gap of trust” between the Labor department the workers.