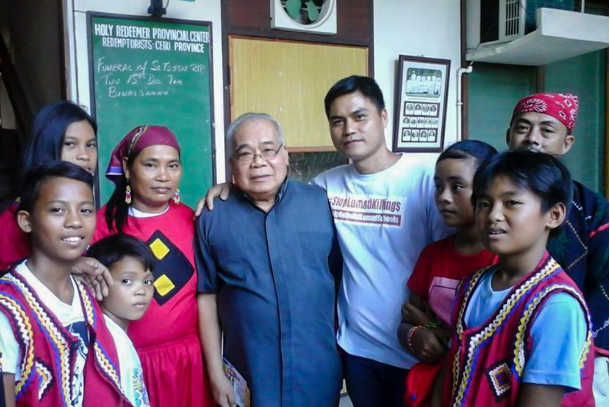 A Catholic bishop in the southern Philippines who championed the education of tribal children especially in Mindanao died on Oct. 11.Tandag Diocese announced that Bishop Emeritus Ireneo Amantillo passed away at the Redemptorist House in the central Philippine city of Cebu.He was 83 and had been suffering from prostate cancer. Bishop Amantillo served the diocese for 23 years from 1978 until his retirement in 2001. He was ordained as a priest in Cebu in 1962 and became a member of the Congregation of the Most Holy Redeemer.He served as auxiliary bishop of Cagayan de Oro Archdiocese from 1976 to 1978. Tribal people in the Andap Valley complex in Surigao del Sur province said the prelate “will not be forgotten.””His acts of compassion to indigenous people will be spoken about to future generations,” said tribal leader Datu Jalandoni Campos. The late bishop was instrumental in the establishment of tribal schools that continue to serve 22 tribes in the area. “He came here not to convert us but to help us combat illiteracy, defeat ignorance, and battle discrimination,” Campos said.The tribal leader said Bishop Amantillo “did not even attempt to build a chapel” but “empowered us by building a school.”  Compassionate heartRedemptorist priest Teodulo Holgado said Bishop Amantillo had a “compassionate heart to notice inequalities and injustices.””He really saw the indigenous peoples of the region,” said the priest, adding that the late prelate believed that everyone has the right to education.

He established the diocesan Tribal Filipino Apostolate that aimed to provide numeracy and literacy programs to tribal peoples.”Bishop Amantillo led his priests in showing us the sincerity of their ministry,” recalled Campos.The bishop instructed the clergy to hold Masses or catechism in tribal territories only when the community asked for them.With the support of Bishop Amantillo, 22 local tribal communities were able to organize a group in 1996 which they called “Persevering Struggle for the Next Generation.”In 1997, the organization and its partners built and began its first 10 tribal schools with funding from church-run institutions and private organizations. After a few years, a total of 22 tribal schools were built all over Surigao del Sur province under the leadership of Bishop Amantillo