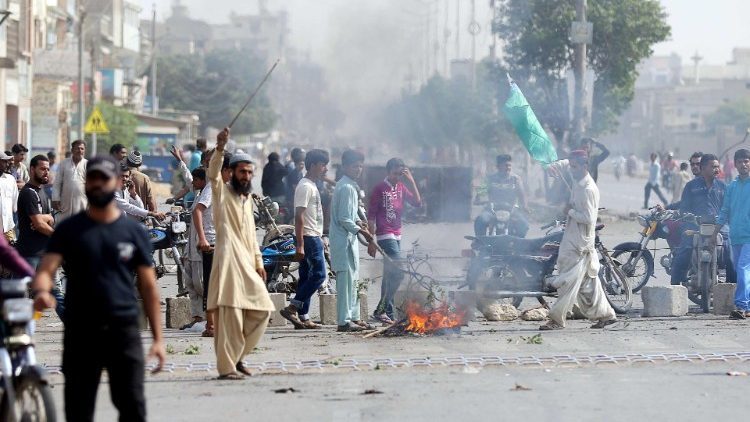 His wife, Bibi, 47, was convicted in 2010 after being accused of insulting Islam in a row with her neighbours.

But, in a landmark judgement last week, a three-judge bench of the Supreme Court overturned the conviction of Bibi who was facing execution for blasphemy.

That decision sparked protests across Pakistan. An ultra-right party blocked major transport hubs across the country for three days, calling for the murder of the Supreme Court judges.

As for Bibi, she has always maintained her innocence, but has spent most of the past eight years locked in solitary confinement. Separately, on Sunday, Pakistani police have arrested nearly 250 people from across the country on charges of arson, vandalism and violence.

From public policy to personal choice, God invites us to choose life