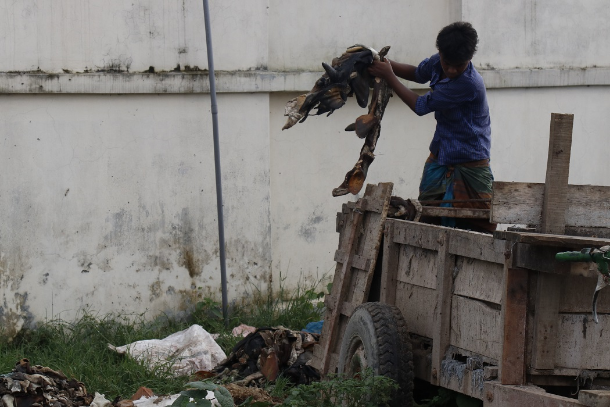 Bangladesh has fared poorly in reducing inequality and discrimination in the first global ranking assessing governments’ commitment to the task.Reducing inequality is one of the United Nations Sustainable Development Goals to be achieved by 2030.Bangladesh was ranked 148 among 157 nations in the Commitment to Reducing Inequality (CRI) Index 2018 jointly prepared by U.K.-based charities Oxfam and Development Finance International, published Oct. 9.The CRI ranked South Asia as the worst performing in the region in regard to tackling inequality, and Bangladesh was ranked 7th among South Asian nations, only ahead of Bhutan.The index measures government action on social spending, tax and labor rights —three areas found to be critical to reducing the gap, the report stated.  It comes days after the World Bank projected Bangladesh Gross Domestic Product (GDP) at 7 percent for fiscal year 2018-2019.Professor Abdul Mannan Chowdhury, from the Sociology Department at Chittagong University, partially agreed with the CRI findings.”In recent years, social spending has increased in Bangladesh, but it is true the benefits have not been distributed equitably,” Professor Chowdhury told ucanews.com.”So, increased social spending does not mean inequality and discrimination would be reduced proportionately.”Wages and rights in the labor sector have increased, but it is still not up to the mark.”He added that the Bangladesh government was more concerned about mega infrastructure projects than the social sector.Father Anthony Sen, convener of the Justice and Peace Commission at Dinajpur Catholic Diocese, said the CRI index reflects sad realities.”In Bangladesh, we see mega infrastructures and massive billboards declaring the government’s development gains,” Father Sen told ucanews.com.The salaries of government employees have increased, but at the grassroots level laborers and marginalized communities did not get a fair share of the benefits of development.A rise in GDP would mean nothing to grassroots people if the government did not look seriously into making them beneficiaries, Father Sen addded.

State Minister of Finance and Planning, M.A. Mannan, said the report does not reflect reality in Bangladesh.”When a country makes economic developments, discrimination comes as a normal affair,” he said.”We are working hard to make sure people have adequate access to food and clothes.”Our efforts for development see a rise GDP, which means an increase of people’s incomes and thus discrimination will go down,” the minister told Bengali daily newspaper Prothom AloOct. 9.With more than 160 million people crammed into 147,570 square kilometers, Bangladesh is one of the most densely populated and poorest countries in the world.Almost one in four Bangladeshis (24.3 percent of the population) live in poverty, and 12.9 percent live in extreme poverty, according to World Bank.