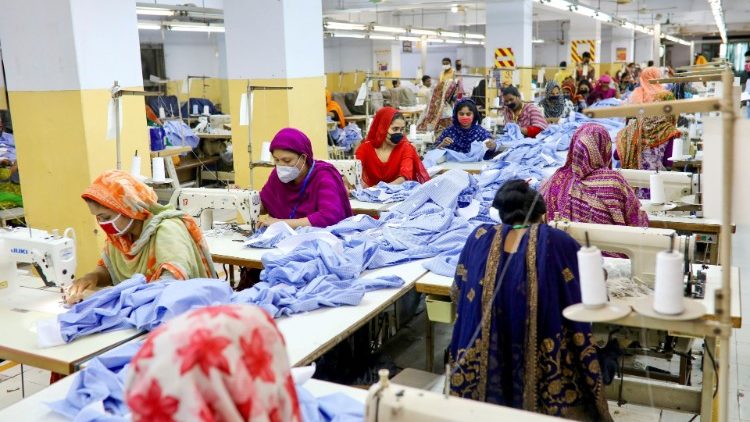 A Catholic-run hospital in Bangladesh’s capital Dhaka has been put on lockdown and all staff placed in self-quarantine after 22 medical staff, including doctors, tested positive for Covid-19.

St. John Vianney Hospital in the Tejgaon area of central Dhaka went into lockdown on April 29, days after tests on staff resulted positive.

The hospital that started operating last November, is located in one of the busiest parts of the city and close to Holy Rosary Catholic Church, which has about 15,000 faithful, the largest number of local and migrant Catholics.

An initiative of the Catholic Bishops’ Conference of Bangladesh, St. John Vianney Hospital is funded by Dhaka Archdiocese.

Father Kamal Corraya, executive director of the hospital, confirmed its closure but provided no details of staff infections.

“As we know, patients carrying coronavirus often don’t show symptoms. We treated some patients who tested positive for the disease, so we have decided to close down the hospital temporarily,” Father Corraya told UCA News.

He explained that all of some 60 staff have been placed in self-quarantine. Because of the risks involved, St. John Vianney Hospital could not continue operating within a single building.

“The hospital offered treatment to some patients who later turned out to be coronavirus positive,” Dr. Edward Pallab Rozario, medical consultant of the hospital, told UCA News.

He said, “those patients came for treatment for dengue fever” but later tested positive.

He spoke about a Christian patient from Gazipur district who visited the Catholic hospital after being refused treatment by other hospitals and clinics.  Already with a fever and sore throat, the patient was tested and found positive.

Thereafter, “all doctors and medical staff were advised to have tests and 22 came out positive for Covid-19, but none of them had signs and symptoms of the disease,” said Dr. Rozario who is manager for health at Caritas.

After holding talks with the hospital chairman, Cardinal Patrick D’Rozario of Dhaka, it was decided to temporarily close down the facility on April 29.

“Since Covid-19 requires a second test, the hospital may open after more testing,” Dr. Rozario added.

Most of the staff of St. John Vianney Hospital who tested positive are in self-quarantine at home but those without any scope of solitary confinement at home have been isolated in the hospital.

Bangladesh has been on a general shutdown since March 25 and it has been extended to May 16.

The South Asian nation on Tuesday recorded 786 new cases of the infection, the highest number since its first three cases on March 8.  The total number of confirmed cases now stands at 10,929 with 183 deaths.

On April 24, Aljazeera reported the Bangladesh Doctors Foundation (BDF) as saying that intensive care units and general wards of as many as 11 hospitals across Bangladesh had to be closed down after staff tested infected.

However, authorities allowed the reopening of garment factories from April 26, a decision that has drawn criticism at home and abroad

Pope prays for victims of Indonesia earthquake and plane crash

Pope prays for victims of Indonesia earthquake and plane…