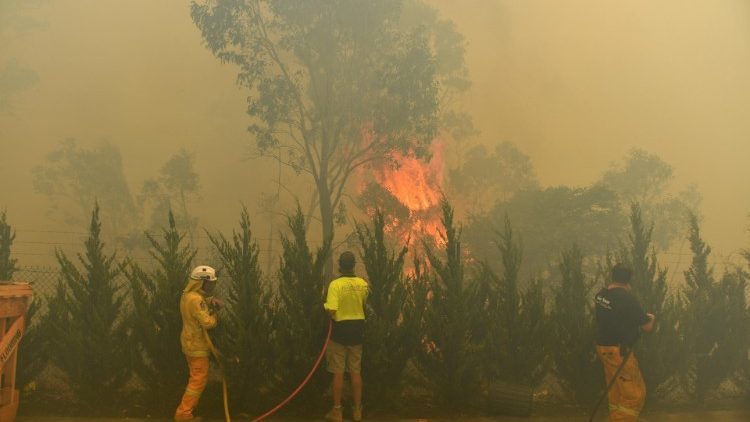 In light of the recent massive bushfires that have engulfed parts of Australia, the Church in the country launches a new initiative to deal with natural disasters.

The new national collaboration is called CERA – Catholic Emergency Relief Australia – and will serve as a coordination point for Catholic agencies responding to natural disasters.

The Australian Catholic Bishops’ Conference, noted that the initiative “was established after the devastating fires hit Australia in recent months. It is also being seen as a blueprint for how the Catholic Church responds to domestic natural disasters in the future.

Earlier this month, the Bishop’s Conference and a number of other national organisations encouraged Catholics to donate to the Vinnies Bushfire Appeal, which is supporting people who have lost loved ones, homes, property and animals.

CERA’s role will be to help people on the long road to recovery from the ongoing bushfire crisis and to mobilize as soon as the country is struck by another natural disaster.

Since last September at least 10 million hectares of land have been burnt by the raging bushfires.

29 people have lost their lives and countless animals have been killed.

In recent weeks, heavy rainfall has improved the situation, but according to experts, the rising temperatures could revive the flames, especially in the south of the country.

On a least two recent occasions, Pope Francis has assured the Australian people of his closeness and prayers during this difficult time.

Pope at Mass: Christians without joy are prisoners of formalities

Pope Francis: I am close to the Australian people

Pope urges world not to be indifferent to humanity’s woes