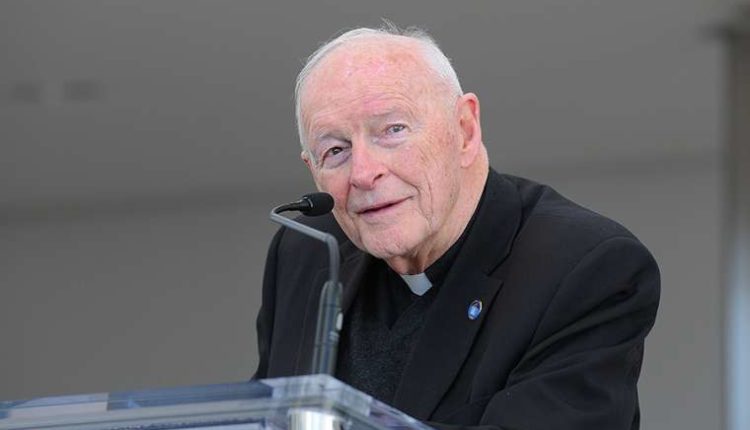 Theodore McCarrick has begun his life of prayer and penance at St. Fidelis Capuchin Friary in Victoria, Kansas, according to statements from the Diocese of Salina and the Archdiocese of Washington.

McCarrick was sentenced to a life of prayer and penance by Pope Francis July 28, pending the completion of a canonical process against him, after he was credibly accused of sexually abusing a minor. After the accusation became public, he then resigned from the College of Cardinals in July, becoming the first American cardinal ever to step down.

It also came to light that the Archdiocese of Newark and the Diocese of Metuchen had previously reached out-of-court settlements with several adult men who alleged they were sexually abused by McCarrick during their time as seminarians.

Cardinal Donald Wuerl of Washington, Bishop Gerald L. Vincke of Salina, and Father Christopher Popravek, the provincial of the Capuchin Friary in Denver, made the arrangements to house McCarrick for his potentially indefinite stay.

While living in prayer and penance, McCarrick will be forbidden from any sort of public appearances or ministry. Bishop Vincke said that the diocese will not be incurring any costs for housing McCarrick, and that he requests privacy “out of consideration for the peace of the community” at the friary.

The Archdiocese of Washington, in a separate statement from spokesperson Ed McFadden, echoed Vincke’s request for privacy.

In a letter to the Diocese of Salina entitled “Why I said ‘Yes’,” Vincke explained that he received a phone call from Cardinal Wuerl Sept. 13 asking if McCarrick could be moved to St. Fidelis Capuchin Friary. At this point, Wuerl had already received the agreement of the Capuchin provincial superior.

“I realize this decision will be offensive and hurtful to many people,” said Vincke.

Vincke said that he agreed to allow McCarrick into his diocese knowing that he would be prohibited from making public appearances, and that the diocese would not be paying for any of the costs.

“I believe in justice,” said the bishop, noting that the USCCB is in support of a full investigation by lay experts into the allegations against McCarrick. The timeline for this proposed investigation is unclear. McCarrick is 88 years old.

The decision to host McCarrick was neither taken lightly nor was it easy, Vincke said.

“I also believe in mercy. In saying ‘yes,’ I had to reconcile my own feelings of disappointment, anger and even resentment toward Archbishop McCarrick,” he explained.

“I had to turn to Christ for guidance. Jesus is rich in mercy. He did not come to give us permission to sin, he came to forgive our sins.”

Vincke said he was “deeply sorry” for all victims of abuse, and that his “heart aches for you and your families.”

“This purification of the Church by God is painful, but much needed. We need the eyes of faith as we suffer through this.”

Reflections for the XXVI Sunday

Pope: Witnessing to the beauty of marriage