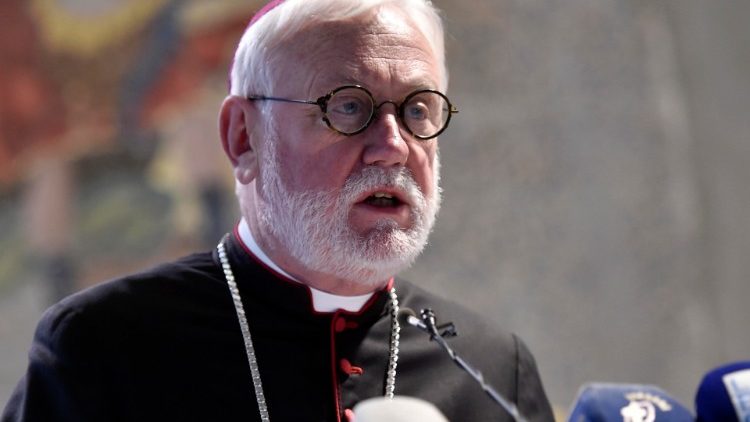 The visit marks the 30th anniversary of diplomatic relations between the Holy See and Ukraine and will focus on the ongoing war in the country..

The Vatican’s Secretary for Relations with States, Archbishop Paul Richard Gallagher, started a three-day visit to Ukaine on Wednesday to bring Pope Francis’ closeness to the people affected by the ongoing war in the Eastern European country.

The visit is taking place on the occasion of the 30th anniversary of the establishment of diplomatic relations between the Holy See and Ukraine and is aimed at reaffirming “the importance of dialogue to restore peace”, reads a tweet of Secretariat of State.

It was originally planned before Easter, but had to be postponed due to health reasons.

The programme of the visit

The mission starts in the city of Lviv where the English prelate is expected to meet the local Greek-Catholic Archbishop Igor Vozniak , and to visit a shelter for internally displaced people. On May 19 he will then meet the president of the Lviv region, Mr. Maksym Kozytskyy, His Beatitude Sviatoslav Shevchuk, Major Archbishop of Kiev-Halyč and head of the Ukrainian Greek-Catholic Church, and with the president of the Polish Bishops’ Conference, Archbishop  Stanisław Gądecki.

On Friday, the Secretary for Relations with States is expected  to meet Ukrainian Foreign Minister Dmytro Kuleba in  Kyiv  and  to visit war sites near the capital. He will also hold a press conference.

Supporting dialogue for a solution to the conflict

Archbishop Gallagher announced his trip to Ukraine last week during a wide-range  interview  on Italian television programme “Tg2 Post” focused  on the war in Ukraine, rearmament, and the international and ecumenical repercussions of the conflict.

In the interview, the Vatican diplomat reaffirmed that the Holy See firmly supports dialogue to find a solution to the crisis, remarking that words “carry a great weight” in diplomatic activity, especially if “people’s lives” depend on them. He further insisted on the need to avoid the risk of instrumentalization and to  restore “frankness and sincerity”.

Archbishop Gallagher is the the third papal envoy dispatched to the region by Pope Francis, after Cardinal Konrad Krajewski, the papal almoner, and Cardinal Michael Czerny, Prefect of the Dicastery for Promoting Integral Human Development, went to Ukraine and bordering countries to assess the humanitarian needs of Ukrainian refugees and bring them the Holy’ Father’s solidarity.