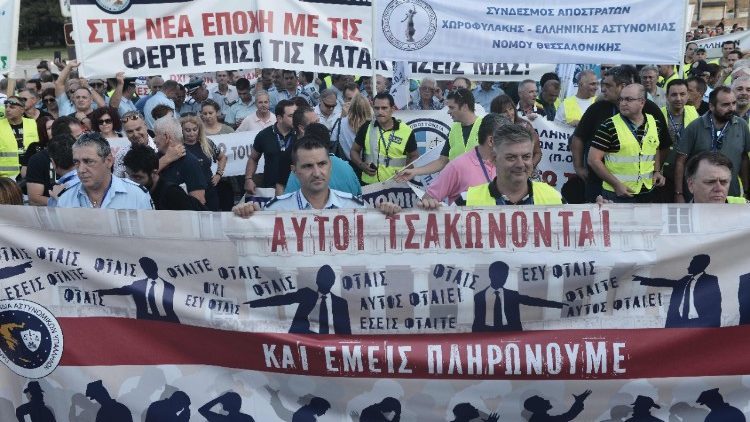 A whole spectrum of dissident groups converged on the northern Greek city of Thessaloniki on Saturday to confront Prime Minister Alexis Tsipras, who is due to deliver a major policy speech.

Among the noisiest group are those who oppose Tsipras’s recent accord with neighbouring Macedonia, that was intended to alleviate a chronic cause of Balkan tensions. They have called the deal a sellout of a classic Greek name, and have much public opinion behind them.

Tonight Tsipras addresses the 83rd International Trade Fair in Thessaloniki, where U.S. exhibitors have been given honoured nation status – apparently in thanks for American support of his conciliatory Macedonia policy. America’s commerce secretary, Wilbur Ross, is in Thessaloniki to give a personal boost to the American message.

Three weeks ago Greece exited the last of its painful bailout schemes, and Tsipras in tonight’s address is expected to capitalize on that and promise better times ahead.

But there also will be far-left extremist groups who plan to rally against ongoing austerity and the strong American presence at the trade fair. Media reports here in Athens say some 3,700 police, beefed up by American FBI agents, will try to keep the rival groups apart