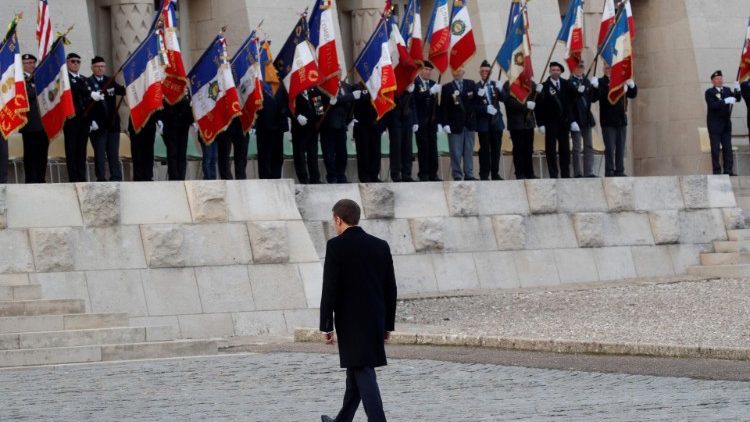 A French judicial official who did not want to be identified said intelligence agents detained six terror suspects in three widely scattered regions, including the Alps, Brittany and near the Belgian border.

He said they planned to target the French president adding that the details appeared to be vague and unfinalized but violent.

Authorities declined to if they were suspected of working together or separately.

French presidents have been targeted several times over the decades, including in 2002 when a far-right sympathizer tried to attack President Jacques Chirac on the Champs-Elysees Avenue in Paris during Bastille Day celebrations.

Officials made the announcement while President Macron was in the northeastern French city of Verdun on Tuesday as part of centenary commemorations for the end of the First World War.

He used the occasion to tell a French radio station that he supported the creation of a European army to counter what he views as a threat from Russia to Europe’s security. “We can’t protect Europeans without a real European army. Faced with a Russia that has shown itself capable of being a threat, I want to create a proper security belt against Russia, which is a country I respect, which is itself European,” he said.

“We need a Europe that can defend itself, alone. Moreover without depending only on the United States, in a way that exhibits greater sovereignty,” the president added.

It was unclear how the suspected plot to attack him would impact Marcon’s expected talks on these and other topics with international government officials.

The alleged plan was uncovered days before U.S. President Donald Trump, and dozens of other world leaders are due in France for commemorations this weekend.

They will remember the signing 100 years ago of the armistice on November 11, 1918, ending World War I.

Central American migrants face tough choice as they near US border