African prelates devising innovative ways of making the synod accessible to the faithful. 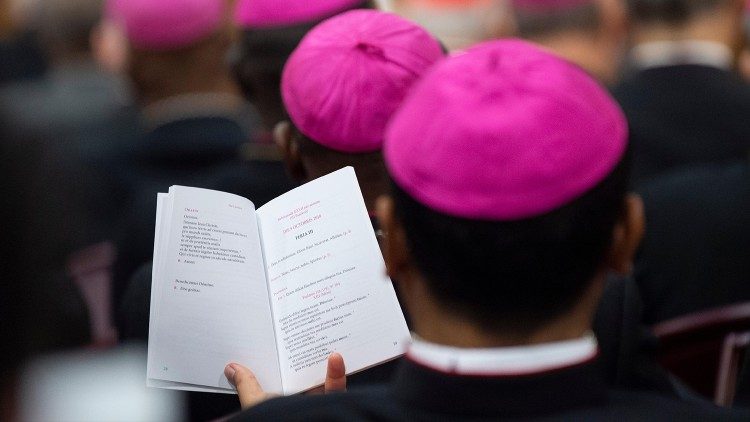 As the universal Church prepares for the 16th Ordinary General Assembly of the Synod of Bishops to be held in 2023, prelates in Africa are translating base documents and reaching out.

Prelates in Africa have shared experiences leading the first tier synodal path process, the Diocesan phase. One of the many initiatives has been translating the base documents into local languages such as KiSwahili.

The main Preparatory Document was published by the Holy See’s General Secretariat for the Synod. The document is intended to facilitate the first phase of listening and consultation of the People of God in the particular Churches. The solemn opening of the Synod took place in Rome in October 2021. It will conclude in the Vatican in 2023 with the assembly of Bishops from around the world.

In a short video published Tuesday, 18 January 2022, the African Synodality Initiative (ASI) explained that the idea of Bishops working together and sharing experiences is to encourage best practices in reaching as many of the faithful in the dioceses as possible. The African Synodality Initiative comprises the Association of Member Episcopal Conferences in Eastern Africa (AMECEA) and the Jesuit Conference of Africa and Madagascar (JCAM).

KiSwahili as a leading lingua franca in Africa

The Ordinary of Malindi Diocese explained how the translation of the working document was carried out.

“We appointed the lead person and team for the Diocese who have come up with a translation of the preparatory document in the Swahili language,” Bishop Lagho said.

According to UNESCO, Kiswahili is one of the most widely used languages of the African family and the most widely spoken in sub-Saharan Africa. There are about 200 million speakers. Swahili is a lingua franca spoken in East, Central, and parts of Southern Africa.

“Other Dioceses are already asking for the translated version, so that everybody, especially those who understand only the local language, can be in a position to know what is required of them concerning the Synod,” Bishop Lagho explained.

Taking the Synod to the streets

“We have organised different (apostolic) movements who go as far as market places, bars, in the streets and in different social places … as well as going out to other Christian denominations and religious communities like the Muslims,” the Cardinal said, adding that the intention is “to listen to everyone.”

For his part, the Ordinary of the Archdiocese of Dar-es-Salaam, Tanzania Archbishop Ruwa’ichi, disclosed that “the faithful are very enthusiastic about the synod and have received the message as a moment of grace for the Church and are more than willing to participate in the synodal process which they see as an opportunity to enrich and re-activate the evangelising power of the Church,” he said.

The Archbishop of Dar further disclosed that the Church in Africa would do well to borrow a leaf on participating from the model of Small Christian Communities (SCC) prevalent in Africa.

Small Christian Communities were adopted as a pastoral priority by the Bishops of the regional Association of Member Episcopal Conferences in Eastern Africa (AMECEA) in 1976. SCCs, as parish entities, emphasise personal relationships, togetherness, family bonds, solidarity, Christian belonging, sharing, working and celebrating together.