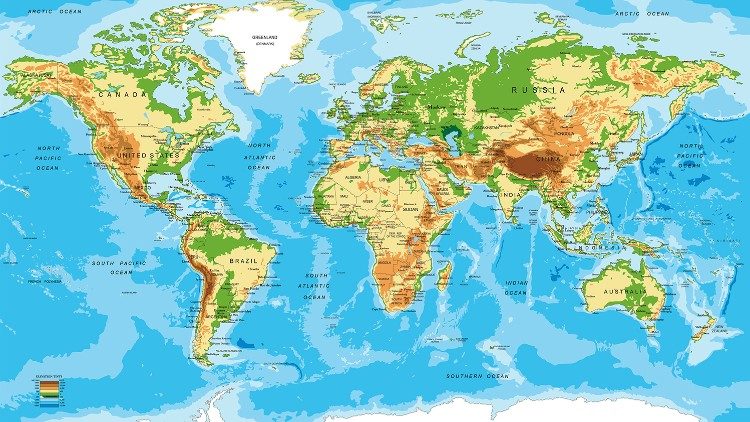 In its new ‘State of the Global Climate 2021’ report, the World Meteorological Organization says the past seven years have been the hottest on record and that greenhouse gas concentrations, sea-level rise, ocean heat, and ocean acidification set new records in 2021.

The World Meteorological Organization (WMO) released the new “State of the Global Climate 2021” report on Wednesday in Geneva, warning that the past seven years have been the hottest years to date and that four key climate indicators set new records last year.

The report will be used as an official document for the UN Climate Change Conference 2022, known as COP27, taking place in Egypt in November.

According to the report’s findings, the indicators of sea-level rise, ocean heat, greenhouse gas concentrations, and ocean acidification, set unprecedented highs in 2021.

Despite illustrating the grim reality of how climate is changing in unprecedented ways, the report suggested there are “many options to alleviate the impacts, through both mitigation and adaptation.”

Even if adaptation improves, the text cautioned that climate change will worsen unless the underlying drivers are addressed. Only if all sectors and regions greatly and immediately reduce emissions, it stated, will it be possible to keep warming below 1.5° C.

Underscoring the harsh reality presented in the document, UN Secretary-General António Guterres also issued his own video message, stressing, “Time is running out.”

He proposed five “critical actions” to jump-start the renewable energy transition, including renewable energy technologies, such as battery storage, being treated as essential and freely-available global public goods.

While calling for securing, scaling up, and diversifying the supply of critical components and raw materials for renewable energy technologies, he urged governments “to build frameworks and reform bureaucracies to level the playing field for renewables” and “to shift subsidies away from fossil fuels to protect the poor and most vulnerable people and communities.”

Guterres also said that private and public investments in renewable energy must triple to at least $4 trillion dollars a year.

“If we act together, the renewable energy transformation can be the peace project of the 21st Century,” the UN Secretary-General said.

Warning that “without renewables, there can be no future,” he urged both public and private leaders “to stop talking about renewables as a distant project of the future.”