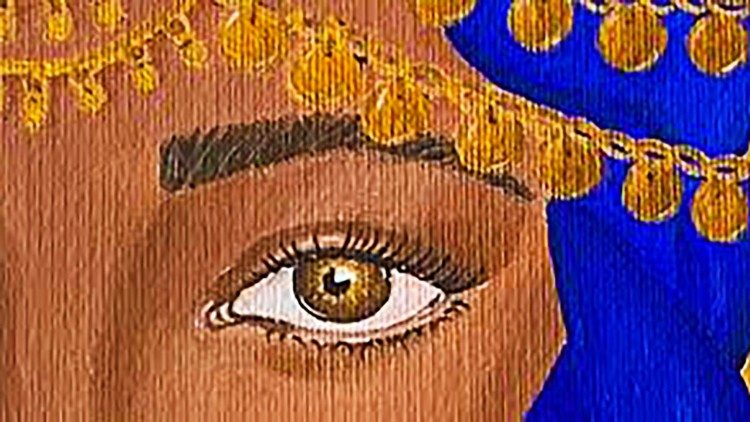 “Wells of Hope” is the title of a documentary, released on Friday in Rome that shows the work done by women of different faiths to combat human trafficking in countries affected by war in the Middle East.

Produced by Aurora Vision and filmed in Jordan, “Wells of Hope” is a documentary film presented by Talitha Kum, the worldwide network of consecrated life against trafficking in persons, founded by the International Union of Superiors General.

It tells the story of Shaima, a Syrian girl who fled the war in her country only to have her hopes, and ultimately her life, taken from her in the cruelest of ways.

Talitha Kum coordinator, Sister Gabriella Bottani, was on hand for the film launch at Vatican Radio together with its protagonists and with the film’s director, Lia Beltrami.

Sr. Gabriella said she approached Aurora Vision, a non-profit communications organization committed to spreading a positive message of peace, dialogue and hope, because she believes no stone is to be left unturned in Talitha Kum’s tireless battle against human trafficking.

Visibility on an international film festival circuit, she said, is yet another weapon in Talitha Kum’s fight to prevent trafficking, save and protect victims, help them to heal and be reintegrated into society.

Lia Beltrami told Linda Bordoni that the Aurora network is made up of men and women across the globe who believe in telling stories of dialogue, encounter, reconciliation and peace.

She said “Wells of Hope” is the latest in a number of documentaries that highlight the special vulnerability of those fleeing conflict and violence.Listen to Lia Beltrami

“We have made several documentaries about trafficking and life in refugee camps,” Lia Beltrami said, recalling her award-winning film about the Eritrean doctor and human rights advocate Alganesh Fessah.

That film was screened in the Vatican, she said, and was seen by Sr. Gabriella Bottani who was stuck by it and suggested a collaboration because visuals are such a powerful means of communication and awareness-raising.

Women of all faiths for peace

Together, they decided to embrace a project that also deals with the value of inter-religious dialogue and she agreed to tell the story of the “Wells of Hope” project which is part of the Talitha Kum network and involves women of different faiths working together against trafficking in the Middle East.

So “Wells of Hope” is also the name of the film that tells the tragic story of Shaima, a young Syrian refugee, conned and trafficked from a camp with the promise of life and happiness, and then murdered in cold blood by traders who disposed of her organless body in a dump in Turkey.

The camp, where Shaima and millions of refugees are confined, is a place of boredom and despair. There appears to be no light on the horizon providing hope for a better and more meaningful life and social media can provide easy bait to fish for victims who want to believe they are being offered a way out, but who can find themselves trapped and exploited in various ways.

In the film, Shaima’s story is told by a Nassim Alwan, a Druse storyteller, whose narration is interspersed by the voices of the other protagonists of the documentary: Lebanese Sister Marie Claude Naddaf, and two other activists of the “Wells of Hope” network, one Christian and one Muslim, women who are deeply committed to give voice the voiceless victims of trafficking and to strengthen the fabric of interreligious dialogue and encounter in contraposition to prevarication and war.

Beltrami speaks of the impact of the Pope’s repeated appeals to eliminate the scourge of human trafficking and to address the mainly economic issues at the root of the worldwide phenomenon.

Pope Francis’s commitment to the issue and his hard work, she says is an encouragement “and for everyone of any religion is a real strength and a real inspiration, so we are so blessed to have him.”

The statistics regarding the victims of human trafficking are daunting: in 2018 it was estimated there are over 40 million people who are ensnared in the trafficking web worldwide.

With those kinds of numbers in mind, any effort to contrast the trade or even make a tiny difference cannot but seem overpowering. But, as Sister Gabriella says, “even if it is only one person you are able to reach, and perhaps save, you have made all the difference in the world to his or to her life.”