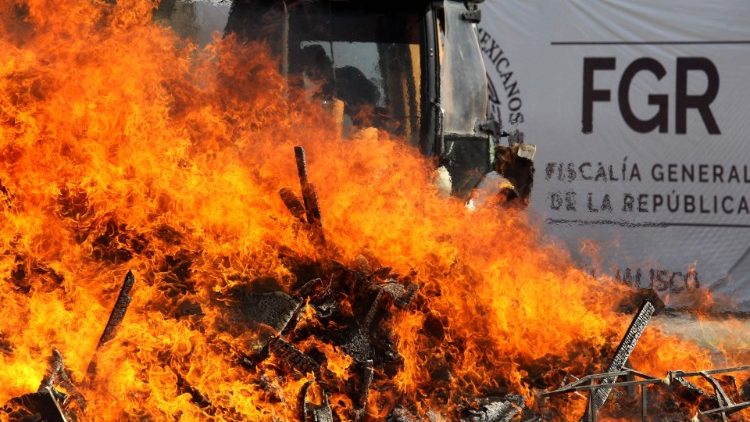 That`s a sixty-one percent increase on the previous Administration for the same time span, and thousands more have vanished off the face of the earth. Lopez Obrador has abandoned the strategy of combatting homicide and other serious crime via the Federal Police, which he`s scrapped, replacing them with the National Guard, which he wants to incorporate into the Armed Forces, as the Military are now shouldering the overall responsibility of dealing with law and order.

The drug cartels use killing and disappearances as a terror tactic, to silence dissent and muzzle opposition. Most of these crimes go unreported, so forming a true picture reinforced by totally accurate statistics is impossible.

Mexico has been a country at war, since the then Government declared it against the drug cartels in December 2006. Now, all these years later, no ceasefire, no peace treaty or end in sight, to an annual forty-billion-dollar illicit industry, which fuels and feeds an insatiable demand, sickening drug addicts in the United States, as Mexico has become the largest transit area for illegal narcotics in the entire World.

Pope at Angelus: With Jesus, we can always begin anew