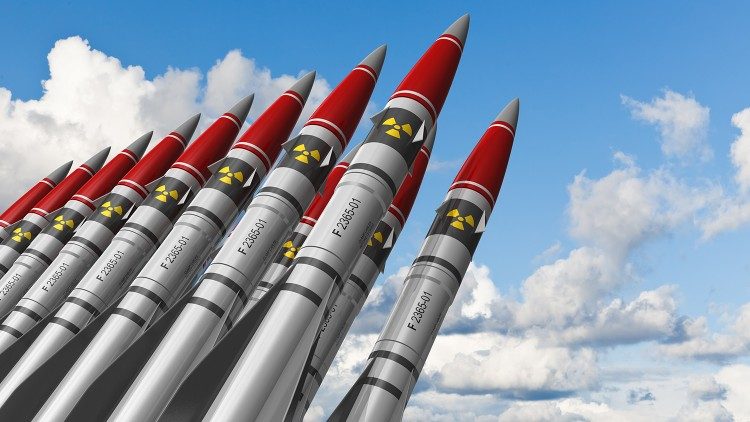 United States Catholic bishops welcome a recent joint statement by five nuclear superpowers on preventing nuclear war and express their hope that the UN Conference to review the Treaty on the Non-Proliferation of Nuclear Weapons (NPT) will be soon advanced. The Conference has been once again postponed due to the COVID-19 pandemic.

US bishops have commended the recent commitment by five of the world’s nuclear powers to prevent nuclear conflict. In a  rare joint statement issued on January 3, the five permanent members of the United Nations Security Council (China, France, Russia, the United Kingdom, and the United States) said they “believe strongly ” that the further spread of nuclear weapons must be prevented and that a nuclear war “cannot be won and must never be fought”.

The statement followed the announcement that the Tenth Review Conference of the Treaty on the Non-Proliferation of Nuclear Weapons (NPT) which was due to start on January 4 had been once again postponed in light of the COVID-19 pandemic.

The NPT is a landmark international treaty whose objective is to put a stop to the spread of nuclear weapons and weapons technology, to promote cooperation for the peaceful uses of nuclear energy, and to further the goals of achieving nuclear disarmament. 191 States have joined the Treaty making it the most widely adhered to multilateral disarmament agreement. North Korea is the only country to have withdrawn from the NPT since it came into force in 1970.

Bishop David Malloy of Rockford, chairman of the US Bishops’ Conference (USCCB) Committee on International Justice and Peace, welcomed the statement. He also reiterated the US Bishops’ hope that negotiations on the NPT will be soon advanced, recalling Pope Francis’ prophetic words who, in his Encyclical Letter Fratelli tutti reminds us that “international peace and stability cannot be based on the threat of mutual destruction or total annihilation”.

In his statement, Bishop Malloy  invited “all Americans to continue in prayer and support of our leaders to advance the critical goals of disarmament.”

The Tenth NPT Review Conference has been postponed to a later date, but no later than February 2022. During the Conference, State parties are expected to evaluate the implementation of the Treaty’s provisions since 2015 and identify the areas and means through which further progress can be made.

Discussions will focus on a number of issues including: the universality of the Treaty; specific practical measures for nuclear disarmament; strengthening of safeguards for nuclear non-proliferation;  measures to advance the peaceful use of nuclear energy, safety and security; measures to address withdrawal from the Treaty and to further strengthen the review process, as well as ways to promote engagement with civil society in strengthening NPT norms and in promoting disarmament education.

Negotiations resume as tensions among global powers grows, notably between NATO and Russia over Ukraine and between the US and China over the status of Taiwan and increased military activity in the Pacific. The latest developments of the political crisis in Kazakhstan have further added to these international tensions.

Pope to Association of Saints Peter and Paul: Begin again, with hope in your hearts

Cardinal Souraphiel calls for peace and forgiveness in Ethiopia