US bishops must recapture spirit of collegial governance 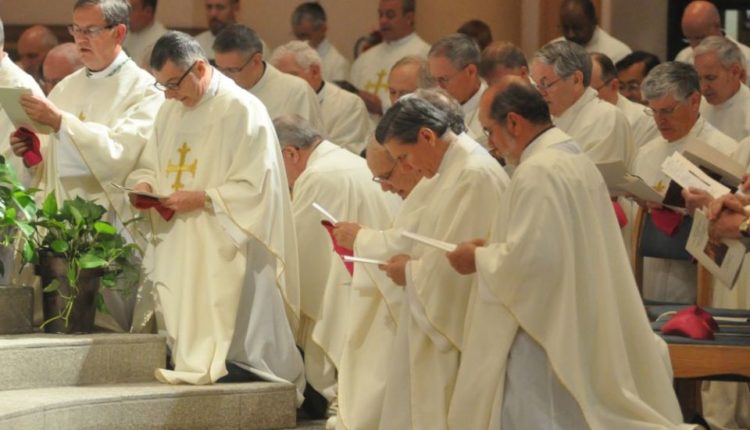 The Vatican announced last weekend that Pope Francis has ordered an internal investigation of all files related to the case of the former Cardinal Theodore McCarrick. The statement clearly indicated that the pope recognized the need to cross the bridge that was deemed too far in 2002: Bishops will now be held accountable just as other clergy.

For us Americans, weeks are an eternity, and so the recent accusationthat the Vatican was “stonewalling” requests by the brave U.S. bishops to get to the bottom of the McCarrick scandal seemed credible. In fact, the Vatican moves at its own pace. Frankly, and as much as it frustrates my colleagues on the Vatican beat, I rather like the fact that Francis not only discerns what he thinks should be done, but — having encountered many countless frustrations over the past five years from the very curia that is there to help him — took the time as well to get everyone there on board. Politicians may have to play for the cameras of necessity, but popes do not have to run for re-election.

In its stilted translation, the statement nonetheless indicated precisely that there would be no stonewalling. “The Holy See is conscious that, from the examination of the facts and of the circumstances, it may emerge that choices were taken that would not be consonant with a contemporary approach to such issues,” the statement read. “However, as Pope Francis has said: ‘We will follow the path of truth wherever it may lead’ (Philadelphia, 27 September 2015). Both abuse and its cover-up can no longer be tolerated and a different treatment for Bishops who have committed or covered up abuse, in fact represents a form of clericalism that is no longer acceptable.” I am hoping the adverb “no longer” read better in the original Italian, but still, the pope’s intent is clear: Episcopal accountability, which has been the missing link in changing the clerical culture, is coming.

Episcopal accountability is also complicated. It will require more than simply extending the canonical provisions that currently apply to priests to now include bishops. The far more complicated task is one that has been a focus of this blog in varied ways since its inception: How to rekindle the genuine collegiality and mutual accountability that characterized the episcopal leadership of the church in the United States from its inception in 1789 into the early 20th century and found its most concrete, organizational expression in the U.S. bishops’ conference? Beginning with the appointment of William Henry O’Connell as Coadjutor Archbishop of Boston in 1906, Roman patronage began to outstrip collegial governance for many U.S. prelates, and, with that shift, the sense that the bishops were answerable to one another diminished. They must now recapture that collegial governance, but that will not occur overnight, especially when the current leadership of the conference has long felt the conference had too much influence!

Memories of Óscar Romero, my bishop