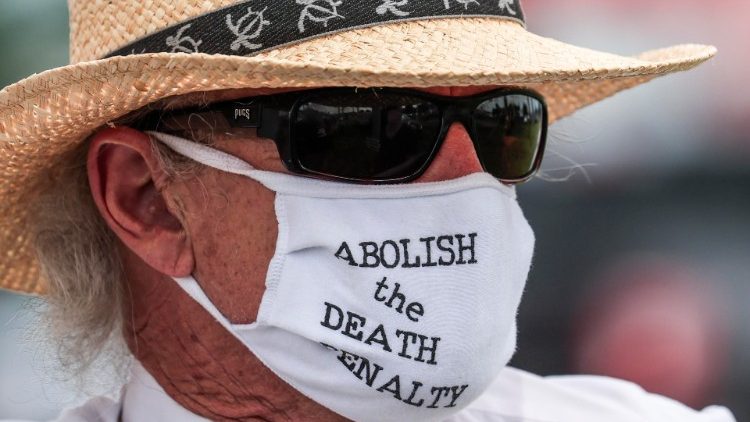 Two US Bishops call on US President Donald Trump and the US Attorney General to stop federal use of the death penalty ahead of another execution this week.

In a statement issued on Tuesday, Archbishops Paul S. Coakley of Oklahoma City, chairman of the U.S. Conference of Catholic Bishops’ Committee on Domestic Justice and Human Development, and Archbishop Joseph F. Naumann of Kansas City in Kansas, chairman of the USCCB’s Committee on Pro-Life Activities highlight that since July this year, there have been five executions in the United States. That’s more than were carried out in any year in the last century.

On Tuesday, the federal government executed William Emmett LeCroy who was convicted of raping and murdering a 30-year-old nurse in Georgia 19 years ago. He was sentenced to death in 2004.

On Thursday, Christopher Vialva is due to be executed for shooting a man dead near Ft Hood, Texas, in 1999, when he was a teenager. His mother has appealed to President Donald Trump to spare her son’s life.

The Archbishops state that as a Church, “we must give concrete help to victims of violence, and we must encourage the rehabilitation and restoration of those who commit violence.”

They add “accountability and legitimate punishment are a part of this process.”

Both Archbishops acknowledge that, “Responsibility for harm is necessary if healing is to occur and can be instrumental in protecting society,”—but, they point out, “executions are completely unnecessary and unacceptable, as Popes St. John Paul II, Benedict XVI, and Pope Francis have all articulated.”

In July this year, the US Supreme Court declined to take up the case of federal death row prisoners who had challenged the government’s lethal injection protocol.

This paved the way for the Trump Administration to carry out the first executions at the federal level in nearly two decades.

Following that decision, Archbishop Coakley, told Vatican News that he was saddened by the move, adding, he didn’t think there was “any situation in which the death penalty is justifiable.”

The Archbishop also underlined that the Church “has been working ardently for years to combat not only the federal government’s but also state government’s use of the death penalty.”

In August, Lezmond Mitchell and Keith Dwayne Nelson were put to death following the US Supreme Court’s decision.

Three other people were executed over the course of four days in July.

Pope: ‘The only way out of the current crisis is all together’