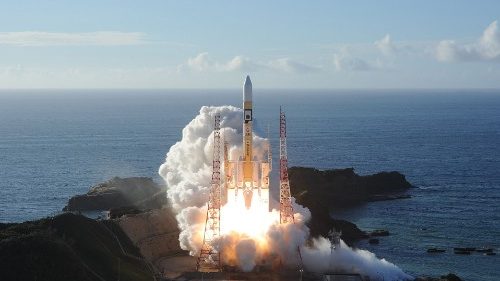 The first Arab space mission to Mars has blasted off in a bid to reveal more about the atmosphere of the Red Planet.

The Mars orbiter named Amal, belonging to the United Arab Emirates blasted into space from a Japanese launch centre at the start of a long journey to Mars.

This is the Arab world’s first interplanetary mission. The craft, along with its launch, cost U$200 million and will study the upper atmosphere and monitor climate change

Soon after launching, the probe successfully separated from the rocket and is now on its solo journey to Mars. The 493-million km trip to the Red Planet will take seven months.

The probe, which can travel at speeds of up to 120,000kph, is already sending signals that will be analyzed later.

The UAE Space Agency chief Mohammed Al Ahbabi said: “The UAE is now a member of the club and we will learn more and we will engage more and we’ll continue developing our space exploration programme.”

Pope: Ukraine and Syria united in sorrow and suffering

India: at least 25 dead in floods

Cardinal Parolin: Escalation of war in Ukraine would…

Pope: Ukraine and Syria united in sorrow and suffering