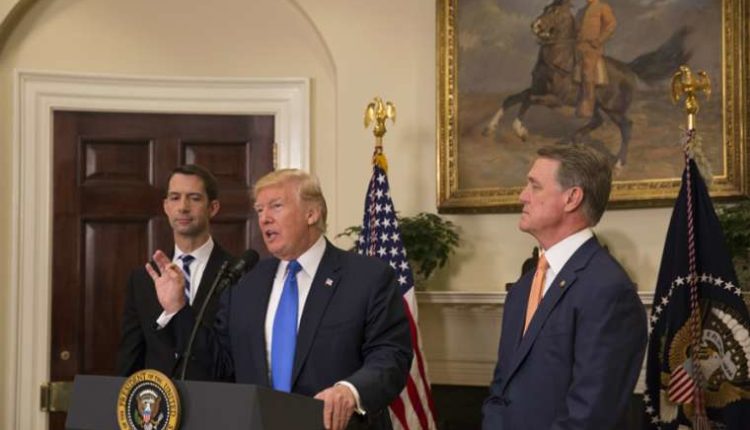 US President Donald Trump signed a proclamation Friday morning that would prohibit those who entered the United States illegally through the southern border from applying for asylum.

The Nov. 9 proclamation, which goes into effect Saturday, is in response to the migrant caravan that has been headed toward the U.S. for the last several weeks. The caravan consisted of several thousand people at its peak, and recently departed Mexico City on its journey through Mexico.

The American Civil Liberties Union has filed suit to attempt to block the order from going into effect, arguing it violates the Immigration and Nationality Act

The proclamation was necessary to “take immediate action to protect the national interest,” said Trump, “and to maintain the effectiveness of the asylum system for legitimate asylum seekers who demonstrate they have fled persecution and warrant the many special benefits associated with asylum.”

This new policy will apply to those who cross the U.S.-Mexico border illegally, excepting unaccompanied minors who apply for asylum.

Trump said in a statement that the majority of the migrant caravan did not appear to meet the eligibility requirements for asylum. The president said that “the continuing and threatened mass migration of aliens with no basis for admission into the United States through our southern border” has turned into a “crisis” that seeks to undermine border integrity.

Those who present themselves at a port of entry are still eligible for asylum, and those who are found to have entered the country illegally can apply for protection under a different program, “withholding of removal”, which has tougher eligibility requirements.

“Since then, however, there has been a massive increase in fear-of-persecution or torture claims by aliens who enter the United States through the southern border,” said Trump. Although the “vast majority” of these people satisfy the first step of the asylum process, which is called the “credible-fear threshold,” only a “fraction” are found to actually qualify for asylum, said Trump.

The country’s immigration system and Refugee Admissions Program is being “overwhelmed” by illegal immigration through the country’s southern border, said Trump. He was critical of policies that would release families with children who claimed they were being persecuted, which he said was “in too many instances an avenue to near-automatic release into the interior of the United States.”

“An additional influx of large groups of aliens arriving at once through the southern border would add tremendous strain to an already taxed system, especially if they avoid orderly processing by unlawfully crossing the southern border,” said Trump.

The asylum policy is to remain in effect 90 days, unless Mexico agrees to allow Immigration and Customs Enforcement to deport to Mexico Central Americans who have entered the US from Mexico.

Repeated requests for comment from the USCCB were not answered.

In June, USCCB Chairman Cardinal Daniel DiNardo was intensely critical of the Trump Administration’s various immigration policies, including one that changed eligibility for asylum claims.