The Economy of Francesco event kicks off on Thursday 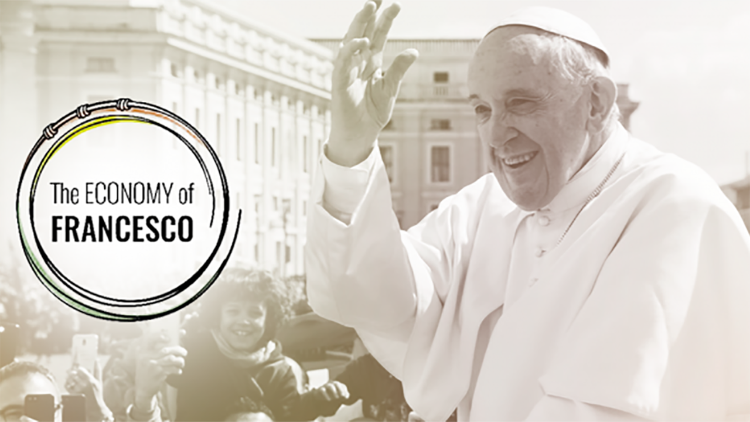 Inspired by Pope Francis, young people from around the world are meeting online over the course of three days to contemplate ideas and offer practical proposals for a new global economy.

On Thursday, more than 2,000 young people from around the world gather online to envision possibilities for a more just, inclusive, and sustainable global economy.

The Economy of Francesco event is inspired by Pope Francis who, on the feast of St Joseph the Worker in 2019,  invited young economists and entrepreneurs from around the world to take part in a meeting that would contemplate “a different kind of economy: one that brings life not death, one that is inclusive and not exclusive, humane and not dehumanizing, one that cares for the environment and does not despoil.”

In his Letter, the Pope explained that the event would be an opportunity “to bring us together and allow us to meet one another and eventually enter into a ‘covenant’ to change today’s economy and to give a soul to the economy of tomorrow.”

Originally scheduled to take place in Assisi in March of this year, the event was postponed to November 19-21 due to the ongoing Covid-19 pandemic. For the same reason, The Economy of Francesco is now taking place online.

It will be live-streamed on the website of Vatican News.

More than 2,000 registered participants from 120 countries will take part in the encounter, sharing “the lived experience, the work, the proposals, and the reflections” that have taken place over the months leading up to the event. The program for the next three days is meant to be “innovative, participative, global.”

The Economy of Francis will be “directed” from Assisi, with the principle sessions and live links broadcast from those places historically associated with Saint Francis of Assisi. In his message inviting them to meeting, Pope Francis said “the very name of the event – The Economy of Francesco – evokes the Holy Man of Assisi and the Gospel that he lived in complete consistency, also on the social and economic level.” Saint Francis, he explained, “offers us an ideal and, in some sense, a programme. For me, who took his name, he is a constant source of inspiration.”

The event will include conferences with young economists and entrepreneurs in dialogue with leading world experts to discuss the themes, proposals and prospects of The Economy of Francesco. But there will also be moments of meditation and reflection based on great works of literature, poetry, art, along with theatrical and musical performances.

Pope Francis himself will address the participants on Saturday with a video message at the conclusion of the gathering.

In his invitation to young people, the Pope Francis explained his desire to meet with young people in Assisi: “So that we can promote together, through a common ‘covenant,’ a process of global change. One in which not only believers but all men and women of good will, beyond differences of creed and nationality, can participate, inspired by an ideal of fraternity attentive above all to the poor and excluded.”

And he invited each of them “to work for this covenant, committing yourselves individually and in groups to cultivate together the dream of a new humanism responsive to the expectations of men and women and to the plan of God.”

Pope to Passionists: Renew mission with gestures of love and gratitude