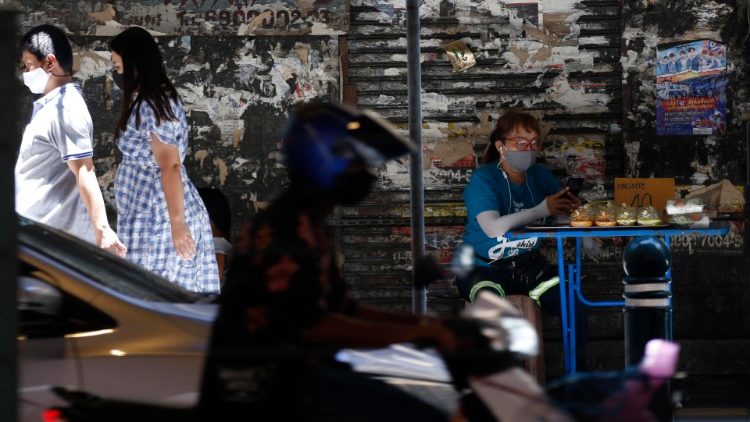 Migrant workers who were forced to leave Thailand due to the Coronavirus pandemic are to be allowed back to resume work in the coming weeks.

In a clear sign that Thailand is emerging from the effects of the Coronavirus, it is set to allow migrants who work in certain sectors, back into the country.

Thailand has been one of the countries that has been successful in containing this disease.

Entry for migrants in certain sectors

Yet, this nation is leaving nothing to chance. Therefore, in the coming weeks, migrants who work in the construction and food production industries will be allowed back into the country to resume their work there provided they respect a series of precautionary measures.

Thailand’s Centre for Covid-19 Situation Administration (CCSA), said that foreign workers who travel to the Asian nation to help organize trade fairs or who work in film production will also be able to enter, provided they have guarantees from their fixed employers.

According to the UCA news agency, there will be a 14 day quarantine period imposed for all migrant workers entering the country.

They will also be monitored during that time with the help of a tracking application that will be installed on their phones.

The International Labour Organisation states that towards the end of March, tens of thousands of migrant workers from Cambodia, Lao People’s Democratic Republic and Myanmar went back to their home countries and communities.  It also points out that a number of factors motivated the return; including “the partial lockdown of Bangkok (…), a fear of the COVID-19 pandemic worsening, migrants having lost their jobs or expecting to lose them, and the work permits of migrants under the National verification system which was due to expire.”

According to the UN Human Rights Office for Southeast Asia, the COVID-19 crisis has put millions of migrant workers in precarious situations.

It has also raised concern that  “in a situation where many thousands of migrants have lost their livelihoods, migrants are not included in the stimulus and compensation packages that have been announced by the government, which could lead many into situations of extreme precarity.”

The World Bank has forecast that Thailand’s economy is expected to be impacted severely by the COVID-19 pandemic, shrinking by at least 5 percent in 2020.

Cathedral reopens in Syria: ‘a sign of hope and rebirth’