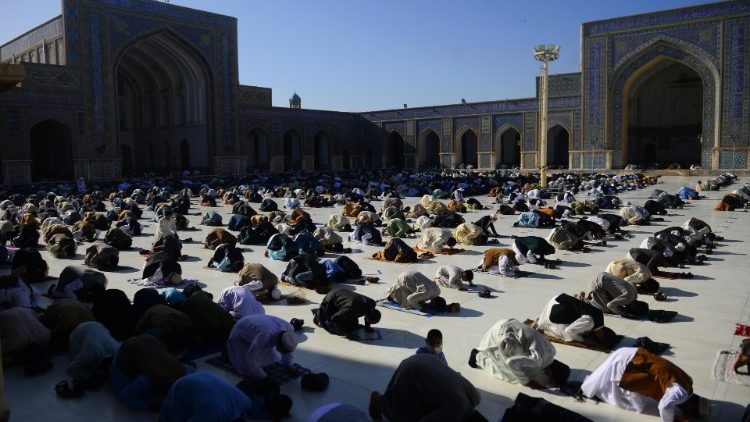 The Taliban declares a three-day ceasefire in its conflict with Afghanistan’s government, coinciding with the Muslim Eid al-Fitr feast marking the end of Ramadan.

The Taliban statement to call a temporary ceasefire came as a surprise to many observers.

A spokesman said the group would not stage any attack on “enemy” forces but would practice their right to self-defence against possible threats during the next few days.

The Eid al-Fitr holiday marks the end of the Muslim holy fasting month of Ramadan.

Unsurprisingly, the announcement was welcomed by Afghan President Ashraf Ghani, who, in response, instructed his Armed Forces to comply with the three-days truce.

In a further step, Ghani also vowed to speed up the release of Taliban prisoners.

“As a responsible government we take one more step forward – I announce that I will expedite the Taliban prisoner releases,” he said.

Since the invasion of Afghanistan by American forces in 2001, there has only been one other pause in the fighting. That was back in 2018, during the same holiday period.

The U.S. Special Representative for Afghanistan Reconciliation was also enthusiastic about the development, adding: “other positive steps should immediately follow.”

In Brussels, NATO chief Jens Stoltenberg welcomed the announcement by the Afghanistan government and Taliban.