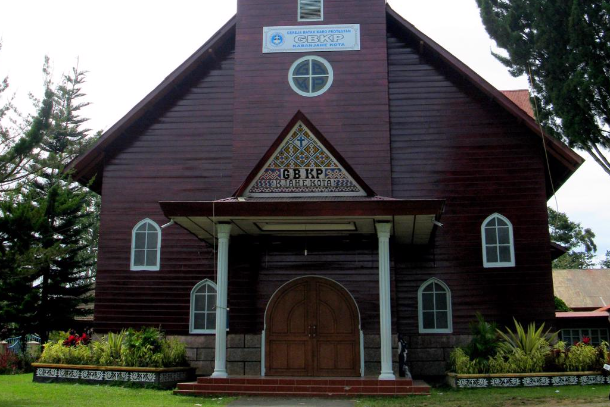 Protestants in a central region of Sumatra island in Muslim-majority Indonesia have been told by local authorities to relocate or merge their churches.The directive was issued on Oct. 1 by Jambi city administration officials at an evening meeting with Methodist, Assemblies of God and Indonesian Christian Church representatives.The gathering was held in the wake of personnel from an official organization called the Public Order Agency on Sept. 27 closing various churches based on regulations relating to building permission and other planning requirements.”We haven’t decided yet,” Rev. Ojahan Tampubolon from the Indonesian Methodist Church, locally known as GMI, told ucanews.com Oct. 2 in relation to the relocation or merger options. “We need to discuss it first.”Rev. Ojahan Tampubolon said relocation would be difficult because the denomination’s churches catering for some 500,000 worshipers are still in good condition and located near population centers.Merging with other churches would be highly problematic given property ownership issues as well as each church having their own rules and organizational structures. “Let’s say we do this, it will last only a month,” he predicted in relation to the fate of any mergers.After being established in 1999, GMI held Sunday services at homes and in a town shophouse.In 2002, it built a church nearby following a protest from residents and the following year it constructed a two-story church.GMI had applied for a building permit from the city administration but was not granted one.Since 2006, churches across Indonesia have found themselves struggling to comply with a contentious joint ministerial decree regulating places of worship.Issued by the religious affairs and home affairs ministries, it sets out onerous requirements, including that church officials provide a list of the names and signatures of 90 worshipers as well as proof of support from at least 60 non-church local residents.The local village chief must also approve the construction of any new church.Lipan Pasaribu, head of the Jambi-based division of the National and Political Unity Office, said the city administration hoped congregations would quickly choose between merging or relocating.”Let them discuss,” he told ucanews.com. “Once they decide, the city administration will take further steps.”He said the church closures were aimed at preventing conflicts within communities rather than banning Christian services per se