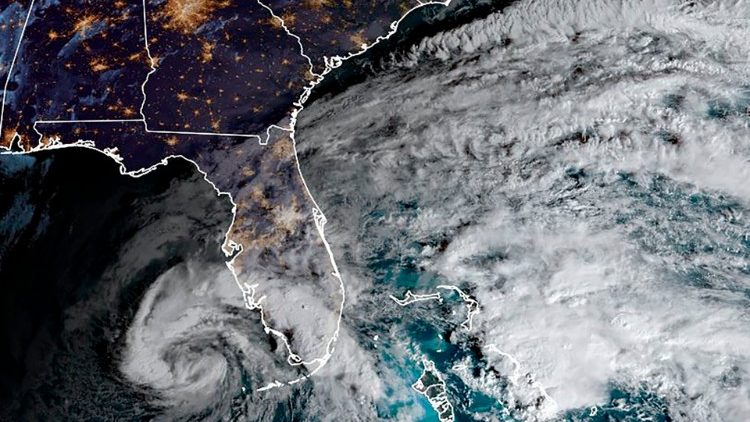 Tropical Storm Eta has landed in Florida, USA, leaving death and destruction behind in countries across Central America.

Tropical storm Eta hit the Florida Keys late on Sunday night, after wreaking devastation through parts of Central America over the weekend.

After having travelled and destroyed parts of Mexico, Cuba and Guatemala, authorities in Florida are asking that people “please take this very seriously”, and urging them to follow rules and protocol.

The National Hurricane Centre has warned that Storm Eta is likely to bring with it “strong winds, heavy rains and dangerous storm surge” over parts of South Florida and the Florida Keys.

In preparation, the closure of schools, public transport, and beaches has been ordered, and shelters have been opened for people living in mobile homes, parks and campgrounds in low-lying areas as they will be evacuated.

Pope Francis on Sunday prayed for all the victims of the storm in Central America. Eta, he said, has caused “many victims and considerable damage”, aggravating “the already difficult situation of the pandemic”.

After the recitation of the Angelus, the Pope prayed that the Lord might  “welcome the dead, comfort their families and support those who are most affected, as well as all those who are working hard to help them”.

At least 20 people were killed in Mexico, around 17 in Panama and 10 in Honduras, where hundreds of people are reportedly waiting to be rescued from flooded areas.

In Guatemala, homes were buried by mudslides, leaving some 150 people either dead or missing. Luckily, ahead of the storm’s arrival, Cuba had already evacuated tens of thousands of people. State media reported that there had been “no loss of life or significant damage to homes”.

Order of Malta elects Lieutenant of the Grand Master

Pope to Latin American seminarians: ‘Cure the world of evil that afflicts…

Pope to Latin American seminarians: ‘Cure the world of…