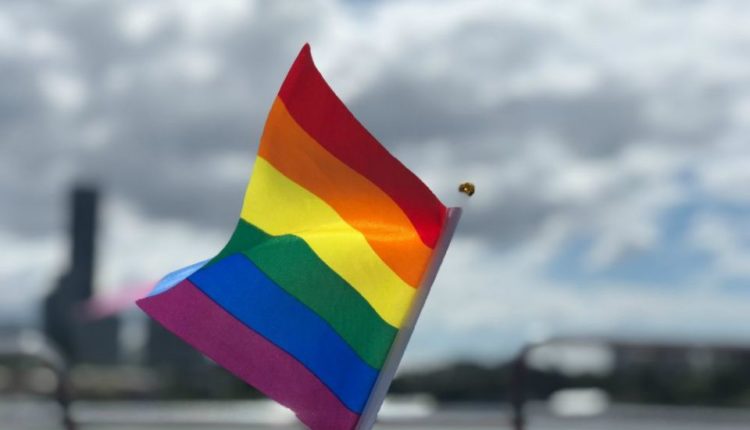 Being a Catholic is usually pretty easy for me. While I have positions I’m passionate about and particular elements of church teaching that I hold especially close, I’ve always been grateful for, what Michele Dillon calls in her book Postsecular Catholicism, the “interpretive diversity” of our faith. On Sundays, at the Wednesday Masses at my Franciscan seminary and graduate school, and any Holy Day on the calendar, I know I’m in communion with folks who come with their own, unique appreciation of Catholicism

What of Catholicism makes their hearts sing? Devotional practices, Catholic social teaching, theology of family, the sacraments, liturgy, a consistent ethic of life, Scriptures, the communion of saints, the history, a particular ecclesiology, care for creation — I would never dare to call any of these wrong answers. We even allow for those who disagree with parts of church teaching to come to the table. As the diversity of the saints demonstrates, we all have unique ways of manifesting the Good News of Christ. And I’ve been at home and even formed friendships with those who reject the parts of Catholicism that I hold most dear.

But recently, as I read my email, I realized even my “we’re-a-pilgrim-church-and-all-in-this-together” frame of goodwill has important limits. And I’m glad for those limits.

I received an email from a colleague who works in the Diocese of San Diego, California. He ministers at a church that has made every effort to welcome the LGBTQ community, and he identifies as gay himself. Things were always more or less difficult for him: hate mail, death threats, slashed tires, protests, physical and verbal attacks.

Recently, however, these reached a new low, including spray painting his office with an LGBTQ slur and posting his home address on a website, the latter of which is also a threat to his family. This Catholic, who had given up so much to minister to those he was called to serve, could not allow harm to come to those he loves. The morning I received an email from him: He submitted his resignation.

He reached his limits, and I realized that so have I. Some things transgress the limits that interpretive diversity allows.

There are parts of Catholic teaching that are inviolable. Among these are the recognition of the dignity of the human person. Each person is made in the image and likeness of God; we must never do anything that violates the human dignity of another. Nothing justifies it. And these events are why I now realize that today, in the United States, in our church, standing in solidarity with members of the LGBTQ community is a pro-life issue.

A truly pro-life stance warrants that we pay attention to a variety of issues: abortion, torture, human trafficking, education, clean water and proper nutrition, euthanasia, religious liberty, war, capital punishment and others. These are issues that focus on the existence of life as well as the flourishing of life. When we see a person or population threatened or prevented from receiving access to goods that would promote human flourishing, we need to speak and act in a way that brings about justice.

Someone with whom I have shared a meal at a diocesan event, collaborated and exchanged small talk left a job because of the hateful actions of those who transgressed a critical teaching of Catholicism (to speak nothing of legal matters). They used church teaching on marriage to justify violating a fundamental precept of the faith. When we discuss differences, we need to keep St. Paul’s words to the Corinthians in mind: No matter what works we do or words we speak, if we do this without love, it is nothing.

Regardless of our personal positions on same-sex relationships, we must recognize the most vulnerable among us, those pushed to the margins, those whose very dignity is at stake. This whole event reminds me of the story of the good Samaritan, with a man robbed, beaten and left for dead on the side of the road.

The parable is no doubt familiar. Two religious men pass by the victim. Jesus’ listeners would have understood why the priest and Levite chose to pass by the man. The Jewish listeners of first-century Palestine would have known that these men had religious responsibilities, responsibilities that required their ritual purity. To come to the aid of this beaten man would have prevented them from fulfilling their religious duties. It was apparent that conflict, not callousness, weighed on the hearts of the priest and Levite. Out of concern for ritual purity, they did nothing. Many good Catholics probably feel caught in this moral dilemma today.

The Samaritan encountered the same man, but saw something different. He saw a fellow human being, suffering, on the side of the road in need of help. The Samaritan was “was moved with compassion at the sight” (Matthew 20:34). He did not see the situation as a matter of conflict between ideals; the Samaritan saw shared humanity.

And what brought Jesus to tell this parable at all? A scholar of the law wanted to know what exactly it meant to love one’s neighbor. Who was his neighbor? Who, in other words, could be excluded from that love? Who could he dismiss and still have salvation? Jesus realized he was asking the wrong question, and the wrong question will nearly always lead to the wrong answer.

After Jesus tells his parable, he offers the man a new question. Jesus’ question makes “neighbor” not about moral minimums, but moral maximums. He asks the scholar, to paraphrase, “Who was a neighbor?” And the scholar replied, “The one who treated him with mercy.” The scholar no longer saw the social divisions or the religious issues; he saw actions that revealed human compassion for the vulnerable: mercy. Jesus responds, “Go and do likewise.”

There are a number of groups whose vulnerability has been illuminated lately: Black Americans, immigrants, refugees, women, the LGBTQ community. Catholicism invites us, no, requires us to stand with the vulnerable as a matter of the life and dignity of the human person.

The parable of the good Samaritan reminds us that we must see issues of life in human terms, and not as matters of religious conflict. Human dignity must be protected, including the dignity of our LGBTQ sisters and brothers. Let’s go and do likewise.