Seoul Archdiocese reaches out to survivors of Indonesia’s disaster

South Korean Cardinal Yeom Soo-jung, Archbishop of Seoul has expressed his condolence for victims of Indonesia's disaster and donated $50,000 in aid. 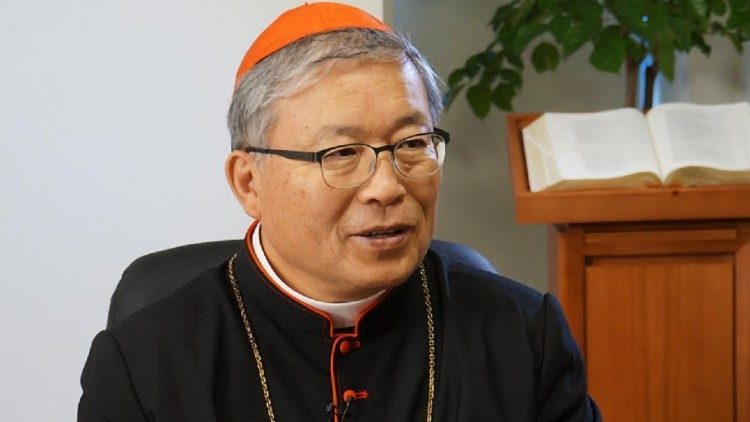 South Korean Cardinal Andrew Yeom Soo-jung, Archbishop of Seoul, on Tuesday expressed the condolence and closeness of his faithful for the dead and survivors of Indonesia’s natural disaster in Central Sulawesi province.

A 7.4 magnitude earthquake and a devastating tsunami it triggered hit the western coastal region of the province on Friday, killing 1,407 people as of Wednesday, according to Indonesia’s National Disaster Management Agency (BNPB).   The agency said the death toll is likely to increase as rescue teams reach out to remote areas.  Thousands are injured and more than 70,000 are displaced.

“I am deeply saddened by the news that so many were deceased, injured, and affected by the deadly earthquake and tsunami which struck Indonesian Island of Sulawesi,” wrote Cardinal Yeom in a message to the Bishops’ Conference of Indonesia (KWI).

He said he was praying for the “eternal rest on the deceased and God’s consolation and blessing for those who suddenly lost their beloved family.”  “I, as well as all priests and faithful in Archdiocese of Seoul will pray for all people of Indonesia to get over the tragic disaster and get back to the daily life as soon as possible,” he wrote.

Cardinal Yeom hoped that “the victims can promptly receive necessary supports and aids,”  and prayed that God’s mercy may save all those suffering from the disaster from “unimaginable grief and pain”.

As a token of the Archdiocese’s closeness for the affected people, the Cardinal has donated a sum of $ $50,000 in emergency relief funds to the Indonesian Church’s relief efforts for the survivors.  The “One Body One Spirit” (OBOS) movement of Seoul Archdiocese will channel the fund through Caritas Internationalis.

As aid was trickling into the areas hit by the twin disasters,  a volcano, about 940 kilometers further north in the same island, erupted on Wednesday.

Mount Soputan, located in the Southeast Minahasa District of North Sulawesi province, erupted spitting a plume of ash and smoke more than 6,000 meters  into the sky.

No evacuations were immediately ordered. A standby status was issued regarding the volcano, meaning the public should avoid the area nearest the volcano and have masks available in the event of ash fall.

Speaking during his homily at an open-air Mass in St. Peter’s Square that inaugurated the 3-week Synod on “Young People, the Faith and Vocational Discernment”, Pope Francis called on his brother bishops to heed the voices of young people in the effort to build a better world than that of their elders. He expressed his confidence in the new generations that, he said, “are capable of prophesy and vision” and prayed that the Holy Spirit may grant synodal Fathers the grace of being anointed with the youthful “gift of dreaming and of hoping.” Bishops from across the world, including China It is with an attitude of docile listening to the voice of the Spirit, he said, that “we have gathered from all parts of the world”. He remarked on the fact that for the first time, at the Synod, there are two bishops from mainland China and that “the communion of the entire Episcopate with the Successor of Peter is yet more visible thanks to their presence”. The Pope expressed his hope that the ecclesial meeting will help broaden the horizons, expand hearts and “transform those frames of mind that today paralyze, separate and alienate us from young people” leaving them, he said, “exposed to stormy seas, orphans without a faith community that should sustain them, orphans devoid of a sense of direction and meaning in life”. But, he said, hope challenges and moves us, shattering that conformism which says, “it’s always been done like this”. “Hope asks us to get up and look directly into the eyes of young people and see their situations” he said. Francis said that today, young people are calling us “to join them in facing the present with greater commitment and to work against whatever prevents their lives from growing in a dignified way”. Young people ask us not to leave them alone He said they demand from us creativity, dynamism, intelligence, enthusiasm and hope. They ask us, he continued “not to leave them alone in the hands of so many pedlars of death who oppress their lives and darken their vision”. The Pope reminded his fellow bishops and priests that they are called to be humble and without prejudice as they look to the interests of others: “In this spirit we will try to listen to one another, in order to discern together what the Lord is asking of his Church.” Love for the Gospel, he continued, and for the people who have been entrusted to us, challenges us “to broaden our horizons and not lose sight of the mission to which we are called”. “May the Spirit give us the grace to be a memory that is diligent, living and effective, that does not allow itself from one generation to the next to be extinguished or crushed by the prophets of doom and misfortune, by our own shortcomings, mistakes and sins” he said. Council Fathers and Pope Paul VI The Pope concluded recalling the message of Council Fathers at the end of the Second Vatican Council when the Synod of Bishops was established. It was a message, he said, that urged the Church to “rejuvenate her image” in order to respond better to the design of Christ. And he concluded quoting Pope Paul VI’s 1965 address to young men and women of the world: “it is in His name that today we exhort you to open your hearts to the dimensions of the world, to heed the appeal of your brothers, to place your youthful energies at their service. Fight against all egoism. Refuse to give free course to the instincts of violence and hatred which beget wars and all their train of miseries. Be generous, pure, respectful and sincere, and build in enthusiasm a better world than your elders had.”