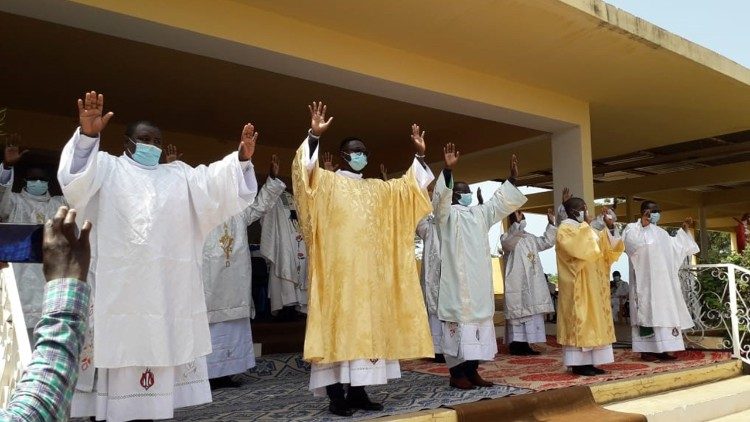 Five of the deacons are from the Congregation of the Holy Spirit Fathers and six from the Archdiocese of Dakar. They were ordained deacons by Archbishop Benjamin Ndiaye himself.

In his homily at the ordination Mass, the Archbishop of Dakar invited the ordinands to be close to the sick.

“The health context in which you are entering and in which the world finds itself, dear ordinands, should make you sensitive to the many ills and diseases that affect the lives of people today,” said the prelate of Dakar.

“In the face of the many casualties of life,” he continued, “becoming a deacon means taking on the costume of service to serve God in the poor, the sick, the lost, the desperate, always through charity -agape,” he said.

Be the best in serving Christ and his people

Continuing his homily, Bishop Ndiaye encouraged the deacons to give the best of themselves in the service of their brothers and sisters: “Like true sportsmen and women of Christ,” he encouraged them to run “in such a way as to win the prize, as the Apostle Paul says,” and to “always aim higher, further, as the Olympic Games in Japan recently reminded us,” Archbishop Ndiaye said.

In his view, the new deacons should not be “content with being average pastoral ministers”. “Aim to be the best in serving Christ and his people,” Archbishop Ndiaye emphasised.

Cardinal Parolin to Korean forum: Peace is the fruit of justice and charity

Afghanistan: Pope’s request for fasting and prayer a “revolt” against war – Riccardi