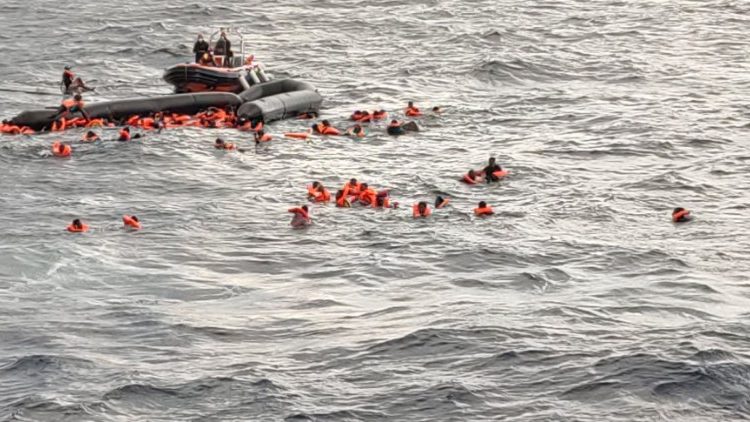 Over 110 people, including young mothers and their children, have drowned in the past three days in four shipwrecks off the Libyan coast.

Four shipwrecks in the Mediterranean Sea in the space of three days have claimed the lives of over 110 people who were attempting to flee poverty and conflict in their homelands.

On Thursday, the most recent tragedy that we know of, at least 70 bodies washed up on a beach in western Libya.

According to the International Organization for Migration (IOM), that boat was reported to be carrying more than 120 people, including women and children. Forty-seven survivors were brought to shore by the coastguard and fishermen.

Only a few hours earlier, Médecins Sans Frontières helped three women who were the only survivors of another shipwreck that killed 20 people off the coast of Sorman, also in Libya.

On Wednesday, six people died after the dinghy in which they were travelling with more than 100 migrants capsized off Libya’s coast. They included a six-month-old boy, originally from Guinea.

The day before, another child, whose age is unknown, was among 13 people who died in a separate shipwreck off Libya’s coast. Eleven survivors were taken back to Libya.

According to charities that scour the deadly waters, people smugglers, taking advantage of mild autumn weather, have sent hundreds of migrants to sea in the last week.

The majority of the journeys have ended in tragedy.

The IOM notes that since the beginning of 2020, almost 600 people have officially died in the central Mediterranean, but says the real number is estimated to be much higher. At least 20,000 people have died in those waters since 2014.

Libya not a safe port for return

The UN agency also maintains that Libya is not a safe port for return and reiterates its call on the international community and the European Union to take urgent and concrete action to end the cycle of return and exploitation.

Pope Francis has made the call for protection of migrants and respect for their dignity one of the cornerstones of his pontificate.