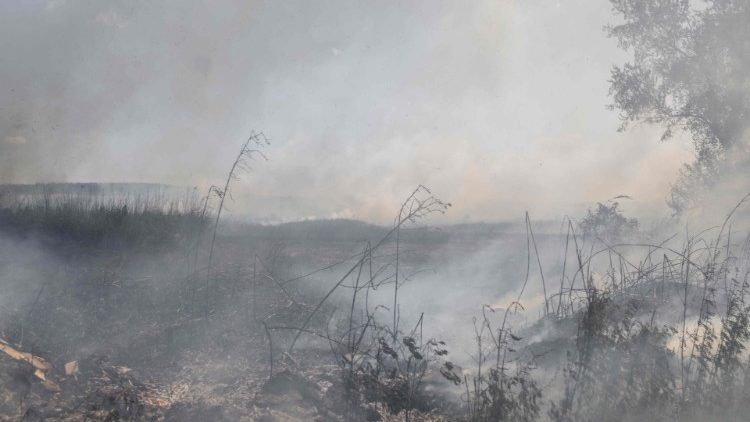 Ukrainian authorities say Russia is moving large numbers of troops to Ukraine’s south for battles against the country’s forces through the newly occupied territories and Crimea. The military movements came as elsewhere in the country the Ukrainian government told people to evacuate ahead of an expected offensive by Russia’s military there, while the Red Cross struggled to reach a prison where dozens of Ukrainian prisoners of war were killed.

The regional military governor claims Ukrainian forces have retaken dozens of villages and towns along the border and are pushing towards Kherson’s regional capital.

Ukrainian troops also face an uphill battle in the east, where Ukraine’s President Volodymyr Zelensky told all civilians living in parts of the Donetsk region to evacuate.

Zelensky spoke after Russian forces, and Moscow-backed separatists increased their territories in the area. “There is already a government decision about the obligatory evacuation from the Donetsk region,” he told his nation.

“Everything is being organized, including full support, full assistance in the logistical sense and with payments. We only need a decision from eye people who have not yet decided to evacuate for themselves. Please evacuate. We will help you,” added.

The president pledged: “We are not Russia. We will use all available opportunities to save as many human lives as possible. And to limit Russian terror as much as possible.”

As tensions rose, the Red Cross said it had not been granted access to a Russian-run prison where dozens of Ukrainian soldiers were killed, violating the Geneva Conventions.

Separatist authorities and Russian officials said the attack killed as many as 53 Ukrainian prisoners of war and wounded another 75.

The International Committee of the Red Cross said it has requested access to the prison “to determine the health and condition of all the people present on-site at the time of the attack.”

They say they still hope that those wounded in Friday’s attack receive life-saving treatment and that the bodies of those who lost their lives are dealt with in a dignified manner.

Pope thanks Virgin Mary for protection during pilgrimage to Canada

Pope Francis welcomes the President of the Republic of Fiji