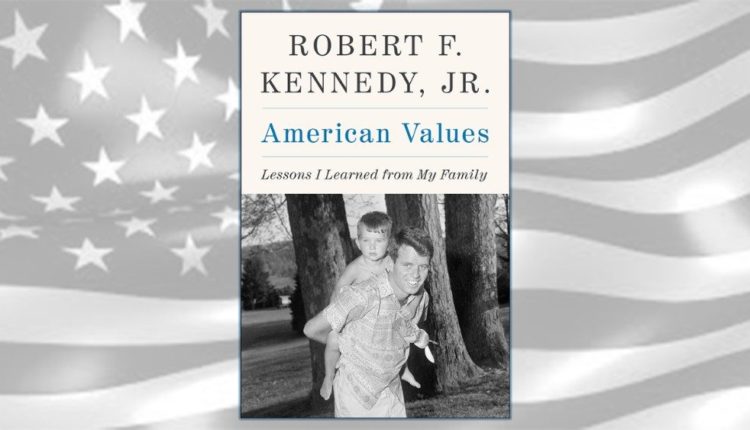 June 6th marks the 50th anniversary of the assassination of US Senator Robert F. “Bobby” Kennedy at the age of 43 in Los Angeles, California. His death in 1968 came 5 years after the assassination of his brother, President John F. Kennedy, and only two months after that of Martin Luther King, Jr.

Pope Paul VI recalled Bob Kennedy at the Angelus address just three days after his death. “We would do well to remember his actions in favor of the poor, the dispossessed, the segregated, the need for urgent progress, and, in a word, social justice,” the Pope said.

In a recently-published book entitled “American Values”, Robert Kennedy, Jr. told his father’s story and reflected on his legacy.

Alessandro Gisotti – Mr Kennedy, what would you say is the most important legacy your father left you personally – something that is in your book American Values?

Robert Kennedy jr – The book is part of a memoir. So, it tells the stories about what it was like to grow up during the “Camelot era” and during the time that my father was running for President. And it was a magical time for me and my cousins, and my brothers and sisters because we were involved in a battle that seemed to involve all of the great issues of the day.

During winter time, our home at Hickory Hill in Virginia was the satellite White House, and many of the great issues of the day, including the integration in Mississippi and Alabama, the Civil Rights battles, the Bay of Pigs, the Cuban Missile Crisis – all of that was orchestrated from my home. And the children were involved in listening to the debates and watching history unfold in front of us.

Alessandro Gisotti – The world has known Robert Kennedy as a politician and a statesman. How was he as a father?

Robert Kennedy jr – Well, he was a wonderful, attentive father. And as I say in the book, he was interested in all of us. He understood that we were different people with different talents and he was attentive to those talents and interests. And for me, when I was young, I did very poorly in school. And if I feel that if I had felt his disapproval that it would have crushed my soul. And instead he showed great interest in the things I was good at – in my care for animals, I was raising homing pigeons, and breeding them, training hawks, and fishing and hunting – and he showed great interest in that and encouraged me to do those things. He saw that I was good at certain things and in those things he gave me praise without showing me his disapproval for the things that I did not flourish in.

Alessandro Gisotti – Fifty years after his death, your father is still much loved and appreciated in the US and the world. Why do you think this is?

Robert Kennedy jr – I think its for both my uncle and my father, they saw that America was an exemplary nation, which means that we should model democracy and perfect the Union at home but that we should not impose our views on people around the world. My uncle and father wanted to show the best face of America to the rest of the world. They believed that the world should not think of America, that the face of America should not be a marine or a soldier. It should be a Peace Corp volunteer. And it should be an alliance for progress – workers building roads and distributing food to the poorest people in the world. And that’s what American foreign policy should be.

Alessandro Gisotti –The title of your book is American Values. What are some of these key values – the Robert Kennedy values – you highlight for the American people today?

Robert Kennedy jr –It’s the idea that America is an exemplary nation which means we are an example. It means that we don’t force other people to do what we want, but rather we try to exemplify the best American values at home. We try to perfect the Union, to make our country a template for civil rights, for human rights, for generosity, for democracy, for justice and kindness. And that our foreign policy should not be based on a powerful military.

Alessandro Gisotti –What influence did your father’s Catholic faith have on his political commitment?

Robert Kennedy jr –You know, my father’s faith was the faith of Dorothy Day, of the Gospels. It was the part of Catholicism that Pope John XXIII believed in and that St Francis of Assisi believed in – that the Church should be an instrument of justice and kindness around the world.

Alessandro Gisotti –Mr Kennedy, when we speak of defending the poor, promoting peace, and combatting discrimination, these seem to be common efforts shared by your father and Pope Francis. Would you agree?

Robert Kennedy jr –Yeah, I would agree. And I think Pope John XXIII who had a very, very close philosophical relationship with my uncle felt the same way. And, you know, I’ve written a children’s book on St Francis of Assisi. My father’s middle name was Francis. And Francis was the patron saint of our house when we were growing up. So, I think that Pope Francis’ view of the role of the Church is identical to my father’s view of what both government and the Church ought to be doing in the broader society. That is, engaging in justice and kindness and goodness in the world, and not war.