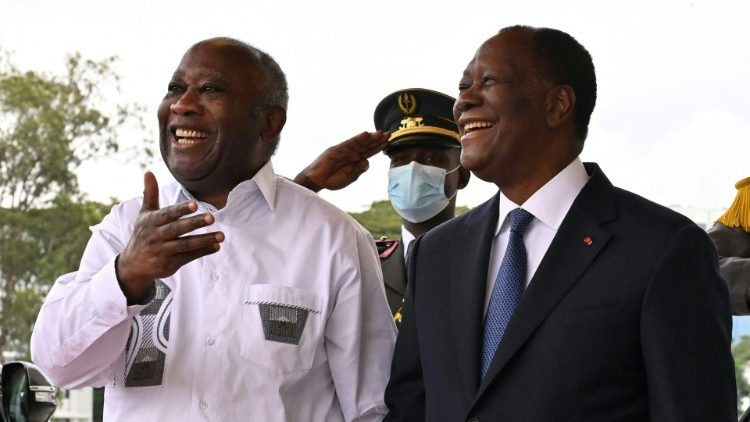 The Catholic Bishops’ Conference of Côte d’Ivoire says national reconciliation is the key to achieving lasting social cohesion in the nation.

President of the Ivory Coast Catholic Bishops’ Conference, Archbishop Ignace Bessi Dogbo of Korhogo, has spoken to Vatican News Monday about the significance of the country’s 62nd independence anniversary and political developments surrounding the event.

“In the history and context of a nation, fifty or sixty years is considered young,” said Archbishop Bessi.

Côte d’Ivoire is “still a young nation, which has its whole future ahead of it to build upon the achievements of political independence in a real and lasting way,” said Archbishop Bessi.

Reconciliation is difficult but is underway

“In 2011,” recalled the Archbishop of Korhogo, “when the post-electoral conflict ‘ended,’ reconciliation was encouraged, and efforts were made and are still being made to achieve this national reconciliation. Indeed, a Ministry of Reconciliation was created and a minister appointed with the mandate to foster reconciliation. The process is difficult, but it is underway. However, it needs to be laid on a solid foundation. It is necessary to engage all stakeholders in the nation’s interests,” explained the Ivorian prelate.

Archbishop Bessi says Ivorians need to talk openly about the tragic events of 2011 and the reconciliation process that is ongoing. He emphasised that it is the only route through which peace and social cohesion can be achieved.

Praying for peace in Cote d’Ivoire

President Alassane Ouattara announced Saturday that he had pardoned his predecessor, Laurent Gbagbo, in a gesture meant to further the reconciliation of the country. Gbagbo faced a 20-year jail term from a 2018 conviction for his role in the 2011 civil conflict that erupted after Ouattara was said to have won the presidential election. After Gbagbo’s acquittal by the International Criminal Court (ICC) was confirmed, Quattara invited him back to Côte d’Ivoire. Gbagbo arrived back in Abidjan in 2021.

“In the interests of strengthening social cohesion, I have signed a decree granting a presidential pardon,” said President Ouattara in a speech to mark the 62nd anniversary of Côte d’Ivoire.

Leave no one on the sidelines

Archbishop Bessi praised the presidential pardon granted to Gbagbo, underlying nevertheless that there was still more work to be done.

“It is a significant (gesture), but we must go further to bring on board all Ivorians and leave no one on the sidelines of this reconciliation. Let everyone work for peace and for the social and economic development of all Ivorians … all this must be done in a spirit devoid of revenge. Let everyone participate in the country’s political life,” insisted Archbishop Bessi.

Cardinal Parolin: Church is pacifist because she believes in and fights for peace

Peace is a ‘duty’ that concerns all say bishops of Japan