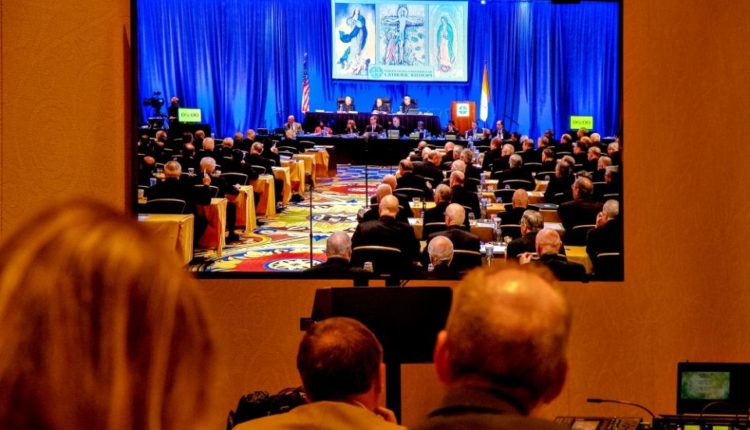 At a time when the U.S. bishops are in the crosshairs of scrutiny and scorn over their handling of clerical sexual abuse, psychologist Thomas Plante admits that at times he is viewed as a shill for them when he lays out the facts of the U.S. clerical abuse landscape since the prelates’ high-profile 2002 gathering in Dallas.

According to the Santa Clara University professor, the initiatives that grew from that meeting — notably the Charter for the Protection of Children and Young People, canonical Essential Norms related to the charter, a National Review Board, and diocesan compliance audits — have contributed to “barely a trickle” of new clerical child sexual abuse cases since 2002.

“If there are holes that need to be plugged to keep kids safe in the church and to keep those with predilections for children out of ministry, then let’s find them and plug them to keep our policies and procedures as airtight as possible,” said Plante, a 30-year veteran of work in clerical sexual abuse and a member of the National Review Board from 2008 to 2012.

An obvious hole, he underscored, is: “What do we do about bishop accountability when they screw up? So far, it has been a Vatican problem to fix and that doesn’t seem to work so well.”

That issue and the Vatican role in the U.S. clerical sex abuse crisis took center stage Nov. 12 when U.S. Conference of Catholic Bishops’ president, Cardinal Daniel DiNardo of Galveston-Houston, made the surprise announcement at the bishops’ meeting in Baltimore that the Vatican had asked the conference to delay any vote on proposals to address clergy sexual abuse.

Plante told NCR he was “in total agreement” with comments at the meeting by Chicago Cardinal Blase Cupich that the bishops continue their discussions and take nonbinding votes on the two proposals — one a new code of conduct for bishops, and the other establishment of a “special commission” to review complaints against bishops.

“We need to tell our people where we stand,” Cupich said.

Cupich also proposed that the bishops hold a special session in March to confront the abuse issue, rather than wait until their scheduled June meeting.

Such a session would come immediately on the tails of a February summit in Rome of presidents of the world’s episcopal conferences on the clerical sex abuse question.

Plante also backed Bishop Shawn McKnight of Jefferson City, Missouri, who told NCR at the meeting that the Vatican seemed out of touch with the seriousness of the U.S. situation.

Many bishops are doing their best, McKnight said, but he speculated that “a cultural issue [might be] at play between the Holy See and the church in the United States.” He questioned the U.S. bishops’ “lethargic way of maneuvering and getting things done.”

In a Nov. 12 email to NCR, Plante said, “While I could give the benefit of the doubt that the optics on this in America isn’t so great, Catholics in America and others want progress and resolutions now. Waiting might be interpreted in multiple negative ways. I think people really need to hear that the American Church is on this problem and is plugging holes in the system, doing everything possible to get it right now. I’m anxious to hear the Vatican’s thinking on this.”

“I would worry that if they can’t make solid progress on this very soon there won’t be much of a church in the USA for them to lead not to mention completely losing their trust and moral authority among the faithful and the public,” added Plante, who is also an adjunct clinical professor of psychiatry and behavioral sciences at Stanford University School of Medicine.

That said, he lauded the track record of the Dallas Charter and the work of the bishops’ conference since 2002 as “excellent and very productive once implemented.”

“These strategies are indeed working, with good data to prove it,” he said. “The number of abuse cases since 1982-83 have dropped like a rock, and since 2002 they are really down to a trickle. There is less child abuse in the Catholic Church today than just about any other comparable organization.”

Not infrequently, he pointed out, new cases involve international priests in the United States “for a short time on vacation, sabbatical and studies” who have “thus far, little or no accountability” to church officials here and who have not had the screening and training now being required of U.S. clerics.

Focus on best practices, not handwringing

Plante would like to see the February Rome summit focus on “what best practices can be put into place” to combat abuse and on “improving bishop accountability” rather than handwringing and rehashing established research.

“This focus would be a much better use of their time and effort with a much bigger payoff than looking at root causes” of why priests have abused, according to Plante.

The “etiology” of the clerical sex abuse, he stressed, has been studied and documented, notably in the John Jay College of Criminal Justice’s five-year study, “The Causes and Context of Sexual Abuse of Minors by Catholic Priests in the United States, 1950-2010,” released in 2011.

“Besides,” he said, “you don’t want to be re-arranging the furniture on the Titanic while the ship is sinking.”

Where there are lies, there can be no love, pope says

‘Listen to the heart of our people,’ Sr. Teresa Maya tells US bishops