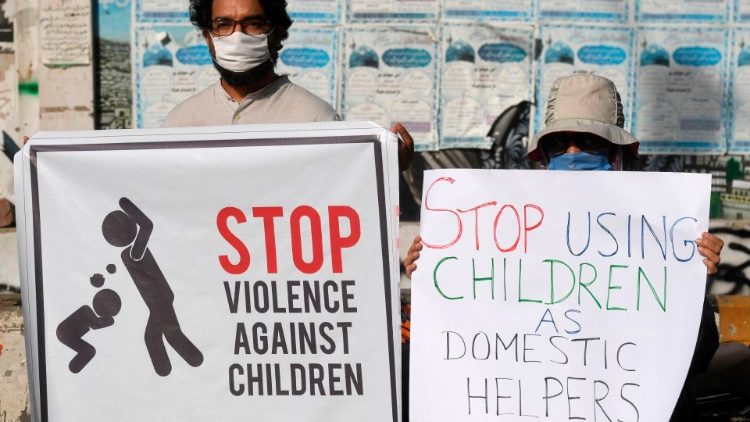 Pope: We are all responsible for the scourge of child labour

Pope Francis appeals to the international community to protect the numerous boys and girls who are deprived of their childhood as they are forced into child labour.

During his General Audience on Wednesday, Pope Francis turned his thoughts to the many victims of child labour, who have been “deprived of their childhood”.

The Pope noted that Friday, 12 June, marks World Day Against Child Labour, a phenomenon which the Pope said “endangers” the integral development of so many boys and girls

Pope Francis then noted that “in the current health emergency situation, in several countries many children and young people are forced into jobs that are innapropriate for their age, in order to help their families in conditions of extreme poverty.”

Often, he added, “these are forms of slavery and imprisonment, resulting in physical and psychological suffering.”

“All of us are responsible for this,” added the Pope.

“I appeal to the institutions to make every effort to protect minors,” said the Pope. He asked them to ensure that the economic and social gaps, which underlie the distorted dynamic in which they are unfortunately involved, are filled.

Finally, the Pope said “children are the future of the human family: it is up to all of us to foster their growth, health and serenity.”