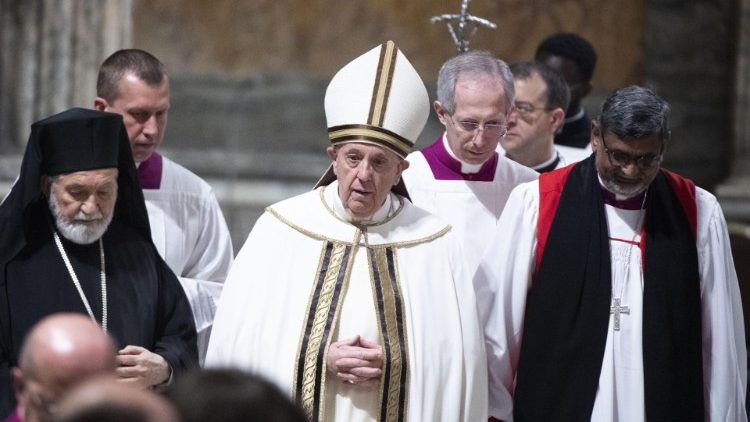 After the recitation of the Angelus prayer on Sunday, Pope Francis noted that “tomorrow is an important day”, as it opens the week of prayer for Christian unity.

Pope Francis explained that this year the theme highlights “Jesus’ request that we abide in His love so that we might bear much fruit”. He went on to note that the week will conclude on 25 January with the celebration of Vespers in the Basilica of St Paul’s Outside-the-Walls in Rome, “together with the representative of the other Churches and Christian communities in Rome”.

In these days, concluded the Pope “let us pray together so that Jesus’ desire might be accomplished – that all might be one: unity, which is always higher that conflict”.

Dialogue between Catholics and Jews

Pope Francis also noted that, in Italy, the “XXXII Day for Deepening and Developing the Dialogue between Catholics and our Jewish Brothers and Sisters” is being observed.

The Pope expressed his hope that this process, that has been going on for over 30 years, “might bear fruits of fraternity and collaboration”.

Pope prays for victims of Indonesia earthquake and plane crash