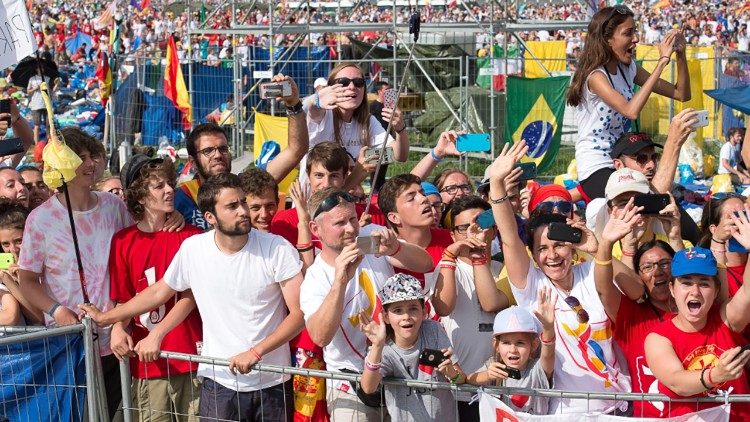 Pope Francis marks the 625th anniversary of the Faculty of Theology of the John Paul II Pontifical University in Krakow with a message addressed to the Grand Chancellor of the institution.

“On January 11, 1397, upon the request of Queen Saint Hedwig and her husband Ladislaus, Pope Boniface IX erected the Faculty of Theology of what was then the Krakow Academy with the Bull Eximiae devotionis affectus.“

In his message addressed to Archbishop Marek Jędraszewski, Grand Chancellor of the Pontifical University of John Paul II in Krakow, Pope Francis recalls the establishment of the prestigious Faculty that was then to become part of Poland’s Jagiellonian University.

He notes that 625 years have passed since this epoch-making event, “marking the beginning of the history of your relatively young Athenaeum.”

The Pope says he joins his Polish brother in gratitude to God for this tradition of more than six centuries, with all its scientific and educational achievements, as well as its spirituality, created by its holy founders, professors, and students.

The challenges of today

Remarking on challenges of the present, he invites faculty members not to forget tradition, but at the same time to “look with hope to the future and create the future.”

He recalls the motto of the University, “Go and make disciples” (Mt 28:19), and the document on its mission that states that the faculty’s activity consists in scientific reflection on the content of Revelation, using classical and contemporary research methods, and says that “St. John Paul II emphasized the need for such a ‘ministry of thought,’ through which university circles join in the Church’s mission of spreading the message of Christ throughout the world.”

Therefore, Pope Francis continues, “faithful to centuries of tradition, read the signs of the times, courageously take up new challenges to effectively bring the truth of the Gospel to contemporary man and the world.”

He expresses his hope that the University might be a place of formation for new generations of Christians, “not only through scientific study and the search for truth, but also through the social witness of living the faith.”

“May it be a community in which the acquisition of knowledge is combined with the promotion of respect for every man, for the love of God who created him, and with care for the formation of hearts, opening them to what is most important, what is enduring and does not pass away,” he adds.

Young people, the Pope writes, have their own dreams and goals, and a Catholic university should help them realize them on the basis of truth, goodness, and beauty, which have their source in God.

An important ministry for Poland

He says that the institution’s ministry of thought and truth-seeking is needed by the Church in Poland in today’s world and he invites University members to carry out this ministry “with a sense of responsibility in order to be faithful to your mission: go and make disciples!”

Pope Francis concludes his message assuring them of his prayers to entrust the Grand Chancellor, the Rector and the Professors, the students and the staff of the University to God, and invoking the intercession of Queen Saint Hedwig, founder of the Faculty, and of Saint John Paul II.

The Gambia: Bishop urges compatriots not to lose faith in God even when faced with challenges.