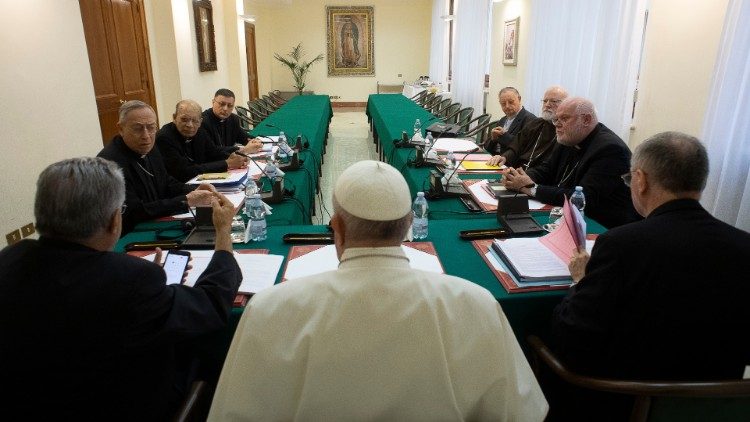 Pope Francis and the six members of the Council of Cardinals meet virtually to plan the next steps of the new Apostolic Constitution.

An online meeting provided the six Cardinal advisors that make up the so-called C6 (Council of Cardinals) the occasion to meet together with Pope Francis after an eight-month suspension of meetings caused by the coronavirus pandemic.

A Vatican Press Office statement said Pope Francis engaged in the virtual meeting on Tuesday afternoon from his office in the Casa Santa Marta to discuss some aspects of the text of the new Apostolic Constitution on the Roman Curia.

“During the summer months,” the statement explained, “the Council had the opportunity to work via internet on the text of the new Apostolic Constitution whose updated draft was presented to the Holy Father. According to the usual practice, the competent Dicasteries are now proceeding with the reading of the draft.”

In particular, the statement noted, the meeting was convened “to summarize the work done and to study how to support the implementation of the new Constitution, once it has been promulgated.”

It also said that during the meeting Pope Francis highlighted the fact that “the reform is already underway, even under some administrative and economic aspects.”

The next meeting, the statement concluded, “is set for the month of December and will take place via internet, due to the health emergency, and according to the already established plan.”