Pope prays for victims of bus crash in Croatia 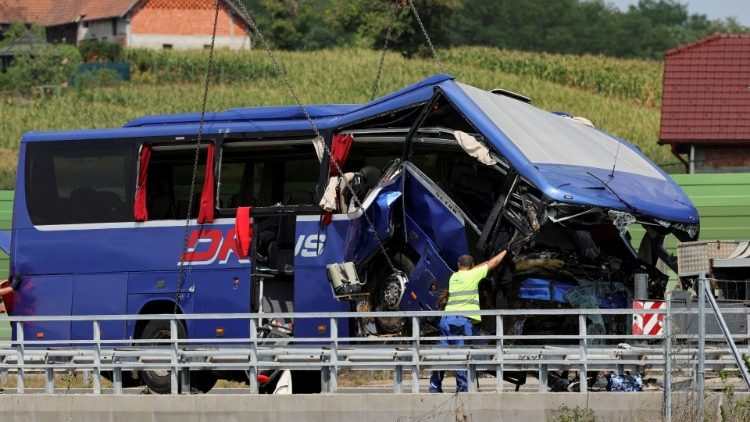 Pope Francis offers prayers for Polish travelers who died in a bus crash on Saturday in Croatia, as they were headed on pilgrimage to Medjugorje.

Praying that Our Lady intercede for the victims and their families, Pope Francis remembered the Polish pilgrims who perished in a bus crash in Croatia on Saturday morning.

The bus was taking them on pilgrimage to Medjugorje, Bosnia-Herzegovina. At least 12 people were killed, and another 32 were injured.

Speaking after the recitation of the Sunday Angelus, the Pope expressed his condolences over the incident, offering prayers for all those who died, the injuried and their families.

“I learned with sorrow the news of the bus crash yesterday morning in Croatia. Several Polish pilgrims on their way to Medjugorje lost their lives and others were injured. May Our Lady intercede for them and their families.”

On Saturday, Croatia’s prime minister expressed his sorrow for the deaths of the Polish pilgrims who died after their bus veered off the A4 road between the Croatian villages of Jarek Bisaski and Podvorec, northeast of Zagreb, the capital. The bus ended up in a roadside ditch.

Croatian officials said the passengers, including three priests and six nuns, were headed to Medjugorje, which draws hundreds of thousands of visitors yearly.

Poland’s justice minister and prosecutor general have ordered the Warsaw Prosecutors Office to investigate the cause of the crash.

Cardinal Tagle at Lambeth Conference: ‘Let us dream together’