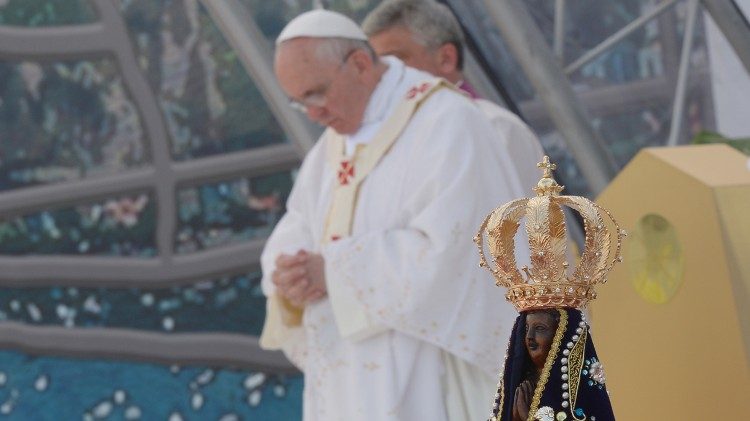 Pope Francis sends a message to the people of Brazil at the start of the local Church’s Lenten “Solidarity Campaign”, and encourages Catholics to combine conversion with service to those most in need.

For more than 5 decades, the Catholic Church in Brazil has carried out its Solidarity Campaign to raise awareness of the concrete problems facing Brazilian society.

The campaign culminates in a collection at Mass on Palm Sunday, whose funds go toward supporting social projects run by local dioceses.

In a message sent on Ash Wednesday, Pope Francis praised the Lenten initiative, saying it shows that conversion cannot be separated from service to our brothers and sisters, especially those most in need.

“This year,” he said, “the campaign’s theme deals precisely with the value of life and our responsibility to care for it in all its stages, because life is a gift and a commitment. It is a loving gift from God, which we must continually care for.”

The Pope also urged Brazilian Catholics to overcome the “globalization of indifference”.

He said the parable of the Good Samaritan (Lk 10:25-37) shows us the path toward living Lent well, and indicates three fundamental attitudes: “seeing, feeling compassion, and caring”.

“Like God, who hears the cry for help of those who suffer, we must open our hearts and minds to allow the cry of our brothers and sisters in need of food, clothing, lodging, and accompaniment resound in us.”

Lent, said Pope Francis, is the perfect time for us to turn compassion into concrete acts of solidarity.

Concluding his message, the Pope prayed that God might bless the Solidarity Campaign and that it might be “for the whole of Brazil a time in which the value of life is strengthened as gift and commitment.”

Nigerians respond to the call of the Bishops in numbers