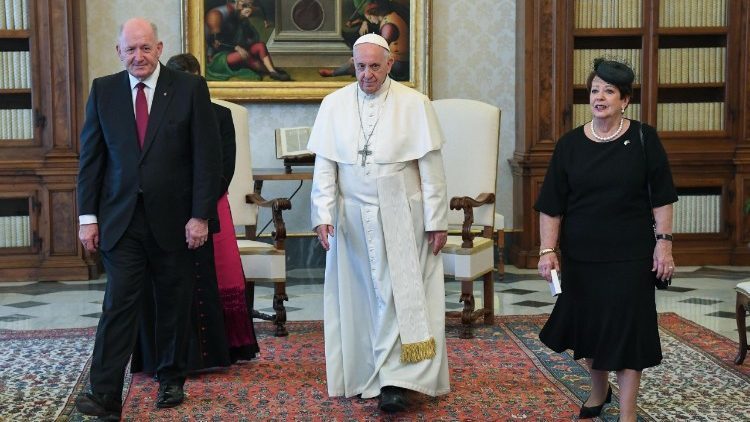 “During the cordial discussion, the themes of migration, at both global and regional levels, and climate change, were considered,” a Vatican statement said after the meetings. “Mention was also made of the role of the Church in Australian society, and the current discussion on the protection of minors and vulnerable people, reiterating the commitment of all members of the Church in this regard.”

The two sides also reviewed the “social situation” of Australia and the “question of peace and stability in the entire region of the Pacific and of Asia.”

Queen Elizabeth is the Head of the Commonwealth of Nations, often known as simply the Commonwealth, an intergovernmental organization of 53 member states that are mostly former territories of the British Empire, including Australia.

A retired senior Australian Army officer, Cosgrove is the 26th Governor-General of Australia, in office since 2014.