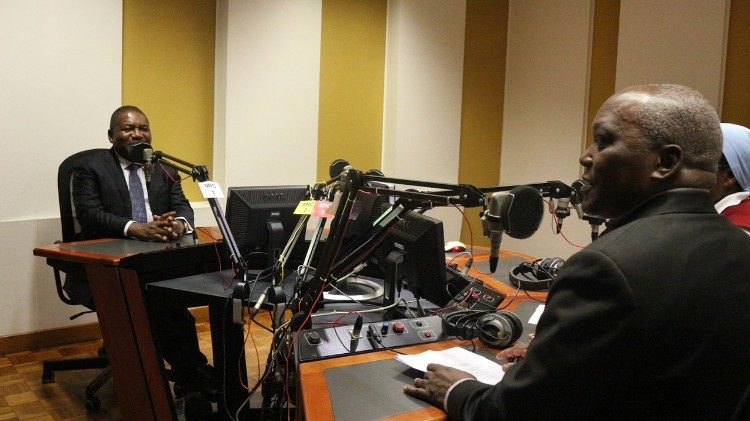 The President of Mozambique, Filipe Jacinto Nyusi has revealed that in his discussion with Pope Francis, in the Vatican, last Friday, Pope Francis gave him some advice regarding the ongoing peace process in his country. “The Holy Father told me to focus not on what separates us but on what unites us. This came to light in an interview, conducted in the Vatican News studios, when the head of the Portuguese Service, Bernardo Suate, interviewed him.

Asked about the state of progress in the peace process, the Mozambican President replied, “we are now in the phase of disarmament, demobilisation and integration of Renamo’s armed men. We hope this will lead to an effective and lasting peace where all are equal,” he said.

President Filipe Nyusi and the opposition Renamo leader Ossufo Momade, in July, announced agreement over the disarmament and integration of former Renamo rebels into the national police and army.

Concerns over evictions of peasants

In the Vatican News Interview, President Nyusi was also asked about concerns raised by the Catholic Bishops of Mozambique, in their April pastoral letter, concerning land conflicts and the alleged evictions of peasants. The President said that the state had not sold any land. In fact, to meet peasants’ rights, the government had launched the “safe land” project where land rights and use are protected.

In Africa private investment based on ill-conceived projects has led to the displacement of local communities. Some of the displaced peasants have  been removed from ancestral lands. According to President Nyusi, Mozambican laws recognise rights acquired by customary occupation as equivalent to the State Land Use and Benefit Right, or DUAT.