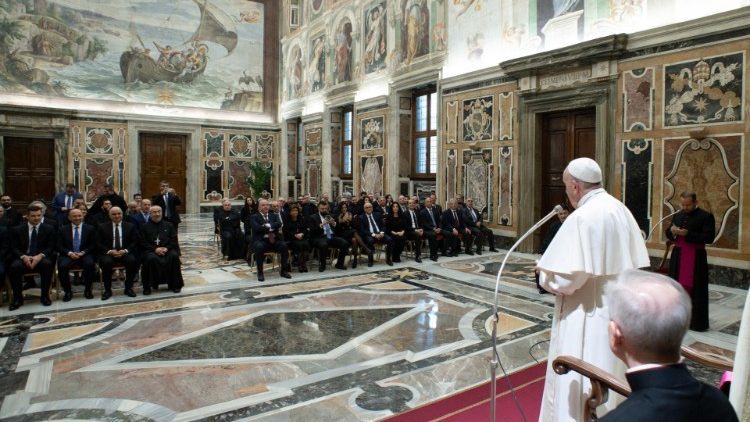 Pope Francis addressed the Maronite Foundation and a delegation of Authorities from Lebanon on Tuesday.

In brief remarks, Pope Francis jokingly compared the numerous group of people visiting to the “multiplication of the loaves”, as they were more than he had anticipated.

The visit came on the same day as the Pope met with the bishops of the Maronite Catholic Church, who are in Rome for their “ad Limina Apostolorum” visit.

First, the Pope thanked them for “maintaining a creative balance, as strong as the cedar tree,” between Christians and Muslims.

Second, he expressed his appreciation for their “generosity and welcoming hearts”, referring to their attitude towards refugees.

Pope Francis acknowledged that Lebanon has welcomed over one million refugees fleeing violence.

Finally, the Pope blessed those representing the Maronite Foundation and the Lebanese authorities. “May the Lord bless you, your families, your homeland, your sons and daughters, and your refugees.”

Caritas Europa: No child should be left behind