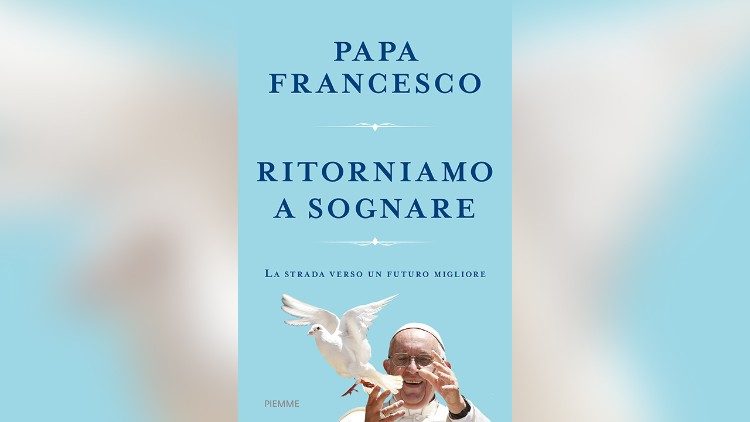 Ahead of the release of Pope Francis’ new book with Austen Ivereigh, the Italian newpaper “La Repubblica” publishes an excerpt from “Let Us Dream: The Path to a Better Future”, in which the Pope describes three of his own personal “Covid” moments of solitude.

“I’ve experienced three ‘Covids’ in my own life: my illness, Germany, and Córdoba.”

Pope Francis explores his own personal moments of solitude in an excerpt released on Monday from his new book with British author and journalist Austen Ivereigh, entitled “Let Us Dream: The Path to a Better Future”.

His first Covid-like moment came at the age of 21, when he fell deathly ill with a lung infection during his second year in the seminary at Buenos Aires. He says the experience changed how he saw life, and gave him a good idea of how people with Covid-19 feel as they struggle to breathe on ventilators. “I remember hugging my mother and saying: ‘Just tell me if I’m going to die.’”

Pope Francis says two nurses helped him greatly during his stay in hospital. One, Sister Cornelia Caraglio, saved his life because she upped his dosage of medication without the doctor’s knowledge. Another, Micaela, performed a similar gesture of mercy with painkillers when he was in intense pain. “They fought for me to the end, till my eventual recovery.”

From that near-death experience, says the Pope, he learned the importance of avoiding cheap consolations. Many people offered empty promises of a quick recovery, though they were spoken with good intentions.

But one nun who had taught him as a child, Sister María Dolores Tortolo, just came in, took his hand, gave him a kiss, and sat in silence. She finally said, “You’re imitating Jesus.” Her words and presence taught him to speak as little as possible when visiting the sick.

Turning to his time in Germany in 1986, Pope Francis says he felt thrown off balance in a kind of solitude of nonbelonging.

He spent much time watching planes land from a vantage point at the cemetery of Frankfurt, pining for his homeland. When Argentina won the World Cup during his time there, he felt the loneliness of a victory you can’t share.

Pope Francis goes on to describe his third Covid experience of solitude, which came between 1990 and 1992 during his time in Córdoba, Spain. He says this uprooting was a healing that came in the form of a radical makeover, especially focused on his way of exercising leadership.

The Pope spent one year, ten months, and thirteen days in the Jesuit residence there, celebrating Mass, hearing confessions, and offering spiritual direction.

He hardly left the house, calling it a sort of self-imposed lockdown, which did him good. He wrote and prayed a lot, and developed ideas.

Three things struck him from that time, he says. The first was his capacity for prayer, and the second were the temptations he experienced. Third, he felt God inspiring him to read all 37 volumes of Ludwig Pastor’s History of the Popes. He says that tome has been of much use to him as Pontiff, since, by knowing papal history, there is not much that goes on in the Vatican and the Roman Curia that can surprise one.

Córdoba, says the Pope, was truly a purification. It gave him greater tolerance, the ability to forgive, understanding, more empathy for the powerless, and especially patience.

This final lesson—patience—taught him that change is organic and takes place within certain limits, though we must keep our eyes on the horizon, as Jesus did.

The Pope adds that he learned the importance of seeing the big in little things, and paying attention to the little in big things. His time in Córdoba was a type of growth, he says, that happens after a harsh pruning.

Pope Francis says these three personal Covids taught him that great suffering has the power to change you for the better, if you allow it to.

Pope: Christianity can change the world if the Gospel is lived

Pontifical Academy for Life: No to ‘vaccine nationalism’, immunisation is…

Pontifical Academy for Life: No to ‘vaccine…