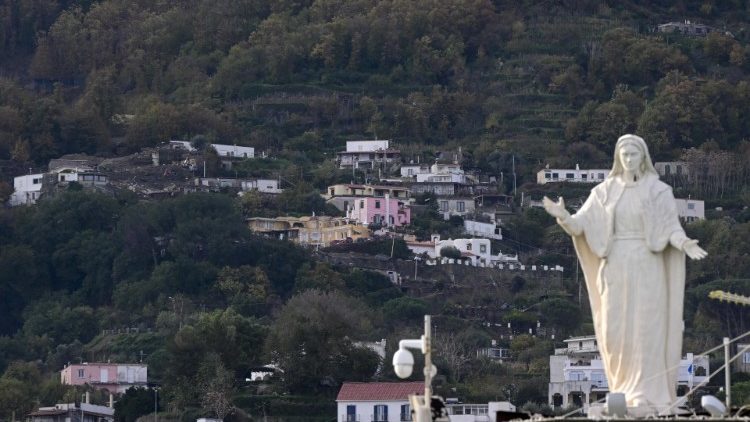 The Prefect of the Dicastery for the Service of Charity will visit the town of Casamicciola Terme, on the Italian island of Ischia in the Gulf of Naples, tragically affected by a flood on November 26.

In a statement released by the Holy See on, The Vatican announced that Cardinal Konrad Krajewski, Prefect of the Dicastery for the Service of Charity, is visiting the town of Casamicciola Terme, situated on the Italian island of Ischia on Thursday, December 8.

On November 26, the population was dramatically devastated by a flood, which caused twelve victims and displaced hundreds of people from their houses.

The island of Ischia observed a Day of Mourning on Wednesday, to coincide with the funerals of the those who lost their lives.

Comfort and hope from the Pope

“Pope Francis,” says the statement, “desires that those affected by this grief feel His closeness.” Cardinal Krajewski will donate a Rosary bead, blessed by the Pope, to every family “so that they may feel the comfort of His prayer and entrust themselves with hope to the Virgin Mother.”

The day after the tragic event, following the Angelus, Pope Francis had already asked to remember and pray for “the victims, those suffering, and all the rescue workers.”

Cardinal Krajewski had already visited Ischia in December 2015, following a violent earthquake that caused the death of two people and at least 2,500 displaced. On that occasion, the Cardinal had the possibility to hear the tragic stories of the population and bring and express Pope Francis’ closeness.

Pope to Archdiocese of Rosario: ‘Be missionaries of peace’