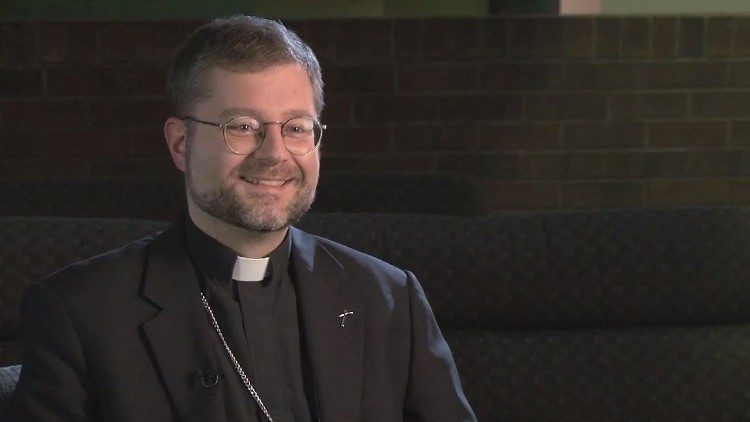 Pope Francis has appointed Bishop Thomas Dowd as the new Bishop of Sault Sainte Marie, Canada, transferring him from the titular See of Treba and the office of Auxiliary of the Metropolitan Archdiocese of Montreal.

BishopThomas Dowd was born on September 11, 1970, in Lachine, Montreal. Before entering the seminary, he obtained a University Diploma in International Trade from Concordia University of Montreal.

After leaving Concordia, Bishop Dowd started working for Ericsson Research Canada, eventually becoming manager of their Global Integration and Verification Organization until he left to train for the priesthood. Bishop Dowd studied at the Grand Séminaire de Montréal, which was affiliated with the Pontifical Lateran University in Rome, from which he received degrees in Philosophy, Theology and Divinity in 1997, 2000, and 2002 respectively. He also received a Licentiate in Theology from the Université de Montréal in 2002. Bishop Dowd was ordained a priest on 7 December 2001.

After his ordination, he was assigned as an assistant pastor at the Montréal parishes of Holy Name of Jesus between 2001 and 2002 and Saint Thomas à Becket between 2002 and 2005. Between 2005 and 2006, he was the parish administrator of St. Veronica parish and assistant pastor of St. Luke’s parish. In 2005 until 2006, Bishop Dowd also served as the hospital chaplain for Lakeshore General Hospital in Pointe-Claire. From September 2006 until his episcopal ordination, he worked as part of the diocesan curia as Associate Director for the Office of Pastoral Personnel, and as Director of the Diocesan Formation Services. He speaks English, French, German and Spanish.

On July 11, 2011, he was appointed titular Bishop of Treba and Auxiliary of Montreal, and was consecrated on September 10, 2011.

At the Episcopal Conference of Canada,  Bishop Dowd is Chairman of the Committee on Canon Law and Representative of the Apostleship of the Sea.