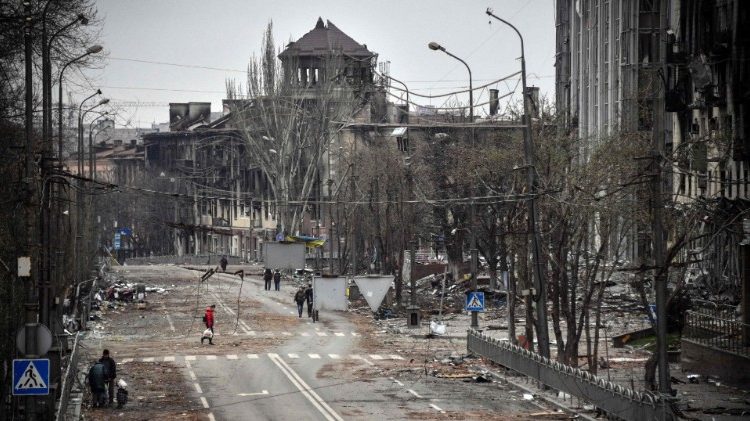 Pope Francis praises the Pontifical Gregorian University’s Institute of Psychology for its 50 years of service, saying the Church must offer the world competent formators to respond to the destruction of war and conflict rooted in human nature.

The Institute of Psychology at the Pontifical Gregorian University hosted a conference on Thursday to celebrate its 50th anniversary.

Pope Francis sent his greetings to participants in a message reflecting on the Institute’s contribution to the Church over the past half century.

“Following the Ignatian principle of ‘cura personalis’, you have prepared specialists capable of integrating spirituality and psychology in apostolic and educational activities, in various geographical and cultural contexts of the Church.”

‘A purer and more mature life of faith’

The Institute was founded in 1971 to prepare spiritual directors in seminaries, vocational formators, and educators through extensive psychological preparation.

Pope Francis said the Institute picked up the challenge launched by the Second Vatican Council to integrate various disciplines to help form men and women who lead others “to a more adequate and mature life of faith.”

Around 15 other specialized centers of formation have sprung up in Africa, Latin America, Asia, and Europe in connection with the Institute of Psychology.

The Pope noted that Thursday’s conference was not focused on the glories of the past but on building on a “precious heritage to deal with the challenges of the future.”

The theme “Adam, where are you?” said Pope Francis, strikes today’s world with particular emphasis and “rouses us and invites us to a serious examination of conscience and conversion.”

“The world today is going through a profound anthropological crisis, a crisis of meaning to which the Church has the duty to respond appropriately and effectively.”

He lamented the “terrible tragedy of war is once again unfolding, which is the worst consequence of human destructiveness, both individual and systemic, that is not taken seriously enough and is not duly treated and eliminated at the root.”

Pope Francis said the Church looks to the Gregorian’s Institute of Psychology for “quality service” in the aim of helping the faithful to “say no to evil, to lift up those whose dignity is wounded or offended”.

“Your mission is at the service of the promotion of the human person and the ongoing process of evangelization, which is carried out by translating into real human existence the supreme gift of Redemption accomplished by the Lord Jesus Christ.”

With that goal in mind, the Pope concluded his message with an encouragement for the Institute to help form a “Church that is outbound towards the existential peripheries of the men and women of today.”

Archbishop Gallagher in Ukraine: ‘We persevere on path to peace’