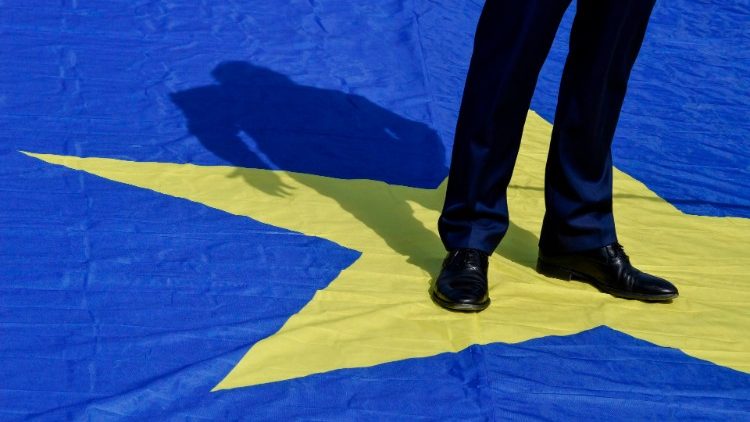 Pope Francis encourages European leaders to nurture the values that led to the establishment of the European Union and face the consequences of the Covid-19 pandemic in a spirit of harmony and cooperation.

Pope Francis turned his thoughts to Europe “on the occasion of the 70th anniversary of the Schuman Declaration of 9 May 1950.”

Speaking to the faithful after the Regina Caeli prayer on Sunday, the Pope said that Declaration “inspired the process of European integration, enabling the reconciliation of the peoples of the continent after the Second World War, and the long period of stability and peace from which we benefit today.”

Inviting all those who hold positions of responsibility in the European Union never to fail to be inspired by the historic documents, he urged them to face the social and economic consequences of the pandemic “in a spirit of harmony and collaboration.”

In 1950, European nations were still struggling to overcome the devastation wrought by World War II, which had ended 5 years earlier.

The Declaration presented by French foreign minister, Robert Schuman, on 9 May 1950, represents a milestone in the process that saw the merging of economic interests that would help raise standards of living and be the first step towards a more united Europe.

Most important, the pooling of coal and steel production proposed by Schuman, aimed to make war between historic rivals France and Germany “not merely unthinkable, but materially impossible”.

Pope at Regina Caeli: ‘a self-centered life does not lead to joy’